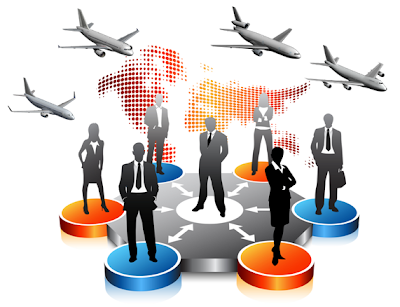 The Akwa Ibom state government has announced plans to begin international training programmes for its citizens in aircraft piloting, aeronautic engineering and other opportunities in the aviation industry.

Governor Udom Emmanuel stated this while addressing the congregation at the August edition of the Government House Prayer meeting held at the Latter House Chapel, Government House, Uyo on Saturday.

Emmanuel explained that the non-availability of qualified persons among indigenes of the state in the aviation subdivision was the reason the state owned Ibom Air is dominated by non- indigenes and emphasized that his administration is poised to guide people of the state to address the disparity.

He said, ” For a person to fly a CRJ 900 there’s a minimum number of freighting hours he must have on the Airplane .We need to have our people rated on the Aircraft and we’ll spend money and train our people so that in a short period we’ll also have Akwa Ibom names in the cockpit”.

The State Chief Executive Officer said as part of efforts to deal with the shortage of skilled manpower in the state suitable curriculum development through an education summit will be taking place from  5 – 6 September, 2019

He announced that the former Technical College, Ikot Ada Idem in Ibiono Ubom Local Government Area has been redesigned for  upgrading and conversion to a modern Skills Acquisition Centre to train people on industrial skills and make it  contribute to the rehabilitation of some  youths , rather than allow them to be engaged in criminal activities.

The governor announced that  September, 1 has been set aside for fasting in Akwa Ibom State preparatory to the 32nd anniversary of the state creation.Disclosing the theme for this year’s Anniversary celebration as “I believe God” , he called on churches to go into prayers and fasting for the accomplishment of peace and security in the state.

He hinted that as part of the anniversary celebration, the state will play host to Vice President Yemi Osinbajo to commission the  Kings Flour Mill,  the Power sub Station at Ekim , the Plywood factory and other road projects executed across the state, adding that the 23 kilometer Uyo – Ikot Ekpene road was at the advance stage of completion .

The presiding cleric, Pastor Emmanuel Bassey of the Redeemed Christian Church of God and Chairman Government House Prayer Team, said that the earth came into reality by the spoken word of God and that God used the founding fathers of the state to accept Christianity and Education which is the basis of development in the state.

Bassey advised youths against aligning themselves with agents of anti development and thanked the Governor for maintaining a Godly standard in the leadership of the state.