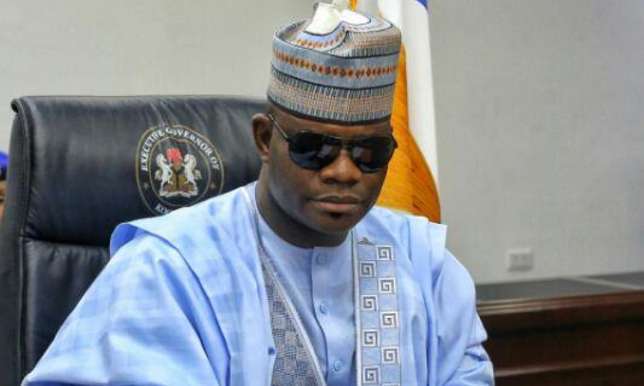 The achievement of every successive government in Lagos State had been a reference point to other States in Nigeria since the advent of democratic era in 1999.

When Bola Ahmed Tinubu heads-way as the Governor of the State, his achievements was considered superb and second to none as citizens of other States in Nigeria used his giant achievements therein to appraise their respective State Governors.  Bola Ahmed Tinubu was highly referenced on good network of roads, pipe-born water facilities, health care, education and host of others.

It is instructive to note that other respective State Governors who could not give out commensurable achievements to her people just like what was obtainable in Lagos State were mock and ridicule in mainstream media and social media space. The accolade and respect given to Lagos State continues even when Raji Fashola became the Governor of Lagos State.

In the eyes of the people, Fashola was seen as an excellent performance and such commendation was extended to the immediate past Governor of the State in person of Ambode.  It is instructive to note that the impression the populace had on Fashola was what prompted President Buhari to consider him for ministerial appointment.

President Buhari perceived Governor Fashola as a super man and it was on this premise he nominated he had him as Minister. He did not stop at this, upon confirmation, he combined three top ministries together for him to overseas as their Minister. Was he able to deliver on the three Ministries under him? That is another topic for another day.

To buttress more, the immediate past Governor of Lagos State’s Ambode’s achievements in recent time were greatly used by the Kogi State Residents in Lagos to measure the performance of his counterpart, Alhaji Yahaya Bello of Kogi State.

The critics of Alhaji Yahaya Bello’s administration in Kogi State have serially declared his performance as abysmal and nothing to write home about when we juxtapose it to what is in the offing in Lagos State. Governor Bello had come on heavy harmer by these Critics who by their evaluation question his intellectual prowee and that of his cabinet members on policy formulation and infrastructural development in Kogi State.

Going by the stance of unrepented Critics of Governor Bello who by all ramifications see nothing good in him, this therefore prompted me to put up this article titled ‘’if Yahaya Bello is the Governor of Lagos State’’.

I must start by saying that those who develop the habit of using Lagos State administration’s achievement as standard to what we should see in Kogi State got it all wrong. Also, I also want to refute the claims in some quarters that all past Governors of Lagos State are brilliant and extra ordinary people going by their past performance in the State.

The respective past Governors of Lagos State made names because of institutional factor and nothing else. It should be understood that Lagos State being a former Nigeria Federal Capital Territory is not a match to any State in Nigerian and even the Oil rich State like Bayelsa, Delta and River State cannot compete with it in all angles.  We should also know that Lagos State is already established and even if an illiterate person who knows noting and who had not made any positive impact anywhere is elected to Govern Lagos State, his performance will equally be considered excellent and his achievement a reference point to other State in Nigeria who has a charted Accountant as their Governor.

Let me therefore make it clear to my readers that Lagos State has and had not produced extra ordinary people as Leaders to what we have had and seen in Kogi State. For proper understanding, I want to compare the like of past Lagos State Governors to their counter-parts in Kogi State.

For Ambode, he was a retired permanent Secretary and with good credential in the political arena in the State. As the same goes, Alhaji Yahaya Bello was retired civil Servant like him and one who had made indelible mark in transport business. Alhaji Yahaya Bello was not a push away in his private business as his transport company was well known to every Traveller in Nigeria.

When we critically examine the calibre of people who had governed Lagos State going by their education credential and social status before coming to office, one would attest to me that they were not an extra-ordinary people with unmatchable credentials to their counterparts in Kogi State as some people have claimed.

These people made names and their achievements to be reckoned with because of location and institutional factor. If these people were to rule Kogi State while our respective present and past Governors of Kogi State administered as Lagos State Governors, we would have been using the latter to compare their counterpart’s achievement to our State.

In short, if the present Lagos State Governor is Alhaji Yahaya Bello, we would have been using his achievements therein as a reference point to his counterpart in Kogi State. Alhaji Yahaya Bello’s achievements would have been a talking point on mainstream and social media. We would have not hesitated in recommending him to President Buhari as an excellent performance and good for Ministerial position just like the information filtering the air-space now on the likely choice of Ambode for Ministerial appointment in view of his good achievements in Lagos State.

Shaibu Stephen Ojate is a Journalist and Pubic Affair Commentator writes from Abuja. He is on whatsapp and reachable via phone number 09075716236