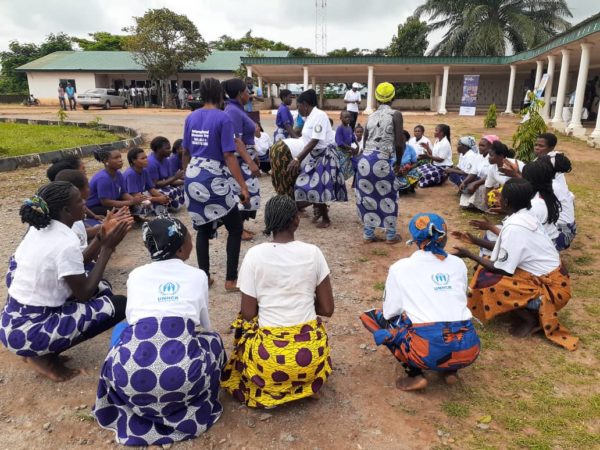 The United Nations High Commission for Refugees (UNHCR) has said that Cross River alone was hosting 75 per cent of the over 36,000 Cameroonian refugees in Nigeria.

Head of UNHCR Sub Office in Cross River, Mr Mulugeta Zwedie, said this on Thursday in Ogoja Local Government Area of the state during the celebration of the 2019 World Refugees Day.

Zwedie said that the host communities in the state have been exemplary in their response to the refugees influx.

According to him, other states also hosting the Cameroonian refugees include Benue, Akwa Ibom and Taraba states.

He said that UNHCR had to move in and intervene by providing shelter, food, clean water and Medicare for the comfort of the refugees.

He said UNHCR estimated that 70 million people are refugees, or have been displaced by violence in their own countries.

He explained that the World Refugees Day was to show solidarity with the refugees and appreciate the effort of the host communities and the Federal Government towards the Cameroonian refugees.

“UNHCR is troubled by an anti-foreigner, anti-refugee narrative taking root in some countries. This narrative runs counter to democratic values, social stability and peace.

“However, there is an alternative; a positive narrative that embraces inclusion, diversity and shared values. This narrative is backed by millions of acts of solidarity. These actions help ease tension, build resilience and sustain peace.

“In fact, we know that in thousands of communities around the world, individuals are making a difference. Global grassroot solidarity for people forced to flee is helping turn intolerance into tolerance and toxicity into positive,” he said.

Ayim, who was represented by Mr Andy Akpafu-Adeshi, a Director in the agency, said the government had slashed the school fees of Cameroonian students in primary and secondary schools in the state to encourage their education.

Allan said the host communities in the state had maintained a peaceful co-existence with the refugees since they flee from Southern Cameroon, adding that they would continue to be law abiding.