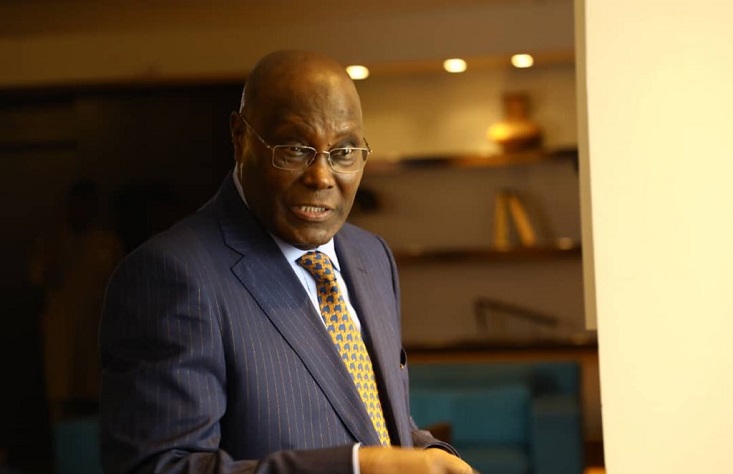 The spokesperson for Alhaji Atiku Abubakar, the presidential candidate of the Peoples Democratic Party in the February 23 elections, Mr Segun Showunmi, has challenged the President Muhammadu Buhari administration to name the opposition leaders it accused of promoting crisis and acts of treason against the nation.

In an open letter which he addressed to Buhari and made available to journalists on Sunday, Showunmi said failure to name the suspected opposition leaders would imply that the administration was a victim of “a Frustration-Aggression-Displacement Theory.”

According to him, the theory posits that a person frustrated by not being able to accomplish a task usually misdirects his or grievances against wrong persons.

Relating it to Buhari, Showunmi said instead of directing his grievances against those saddled with the responsibilities of doing a job, the President chose to direct them at the opposition.

He blamed the Minister of Information and Culture, Alhaji Lai Mohammed, of being responsible for a perceived drop in the President’s goodwill.

Showunmi said, “I would never know why, but I wish to tell you that the narrative about opposition being responsible for security crisis and treason coming in one press release is extremely dangerous to the country, to opposition elements, but most especially, to you and your reputation!

“That is a line that they ought not to cross. I want to suggest that the right approach would be to name specific individuals that credible intelligence fingers in this.

“We have, as Nigerians, enough challenges at nation building that we do not need to rip the country in halves.”

He said the result of the February 23 elections “as presented presently”  showed that Nigeria was “truly divided, a division that runs through the tribal cleavages, the religious tendencies, the social classifications”.

Showunmi also said statements like the ones credited to the minister of information “are tantamount to stifling the opposition.”

He added, “As if the latter’s comments are not unfortunate enough, one just needs to look at the other organisations within the executive like the EFCC and ICPC, among others, to become curious as to how come, suddenly, under your watch, the main victims of their activities are opposition figures and persons perceived to be close to them.”

Showunmi accused the Buhari administration of being fixated on alleged corrupt opposition figures but failing to hold its agents involved in corrupt enrichment and abuse of office accountable.

He said inasmuch as he wished Buhari bequeathed a corruption-free country to Nigerians “it is embarrassing to give the impression that none of those in cahoot with you and your government are guilty, if not more, of the same corrupt enrichment and abuse of office that your agents seem so fixated on.

“The impression every discerning Nigerian gets is that your anti-corruption torch light mainly exposes the main figures of the opposition as the only ones deep in this national malaise.”

He warned Buhari against allowing his aides to destroy his legacy or cast him in the mould of dictators, whose children and descendants were often left with “the mess.”