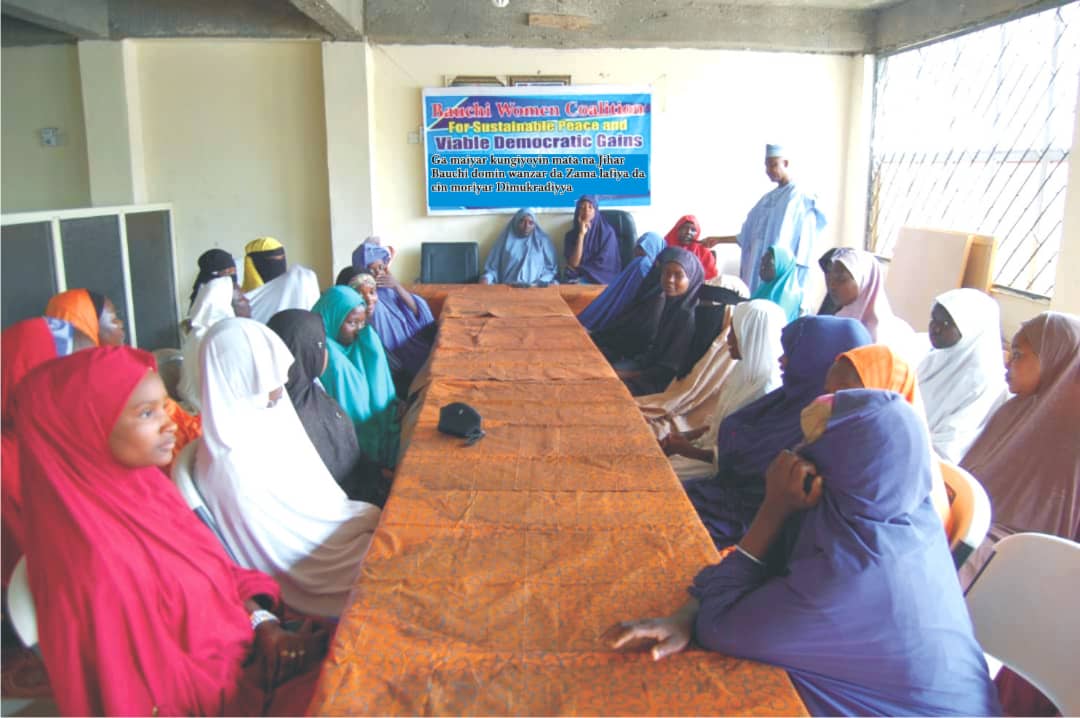 Addressing a press conference yesterday in Bauchi Leader of the Group Hajiya Addaji Muhammad said they received a series of complains from the beneficiaries that 13 percent was removed from the money meant to support their education while many complained that their names are missing but the people they were screened together received their assistance, while others complained of discrepancies in the distribution as some received between 20, 000, some 70,000 while few others received 118,000 and 400,000

Addaji alleged that initiators of the assistance who are Angarar Yuguda and Support Initiative for Vulnerable Children SIVWoC a Non-Governmental Organisation headed by a Philanthropist Hajiya Baheejah Mahmood but they were sidelined by BASOVCA without any genuine and cogent reason.

She appealed to anti-graft agencies Economic and Financial Crimes Commission EFCC and Independent Corrupt Practices ICPC to intervened and investigate the distribution of the orphan’s money.

When contacted the State Chairman of BASOVCA Ibrahim Abdullahi said  the agency only assisted the IIRO to trace the beneficiaries, we heard about the assistance through Sheikh Ibrahim Disina and we sought the approval of the State Governor  who allowed us to look for the beneficiaries in al the 20 local government areas of the State , BASOVCA didn’t initiated the programme we only assist identify the beneficiaries the IIRO came with the list of 492 people and uptil now we didn’t  get all of them also the 13 percent deduction was the money we used by the agency to find the where about of the beneficiaries, and its allowed even in Islam of you work on the wealth of the orphans its lawful to take your pay.

On his part Dr Ibrahim Disina said only offered help sometimes back when he went to Kaduna on private visit his friend told him that they have assistance for many orphans in Bauchi State but they don’t have contact last they are in contact with a Woman called Hajiya Baheejah Mahmood , they gave him her number ,

Disina said he only pick the message as a good citizens to enable orphans from his home state to have access to the assistance, when he came to Bauchi he try to get Hajiya Baheejah but he couldn’t reach her after he called and he sent text messages to her no respond he decided to reach the organized government agency for the welfare of orphans and Vulnerable children where he was told that Baheejah left the Place and he handed over the letters to BASOVCA,

He said few days later he was invited for a meeting with the secretary to the State government some government officials and a Staff of Stanbic IBTC Bank, where he explained to them how he get the letter and how Bauchi State orphans will access the funds and other laudable programmes of the IIRO.

Disina said he was not aware that the funds were disbursed to the beneficiaries because he has finished his role and assignment, which was to link the agency with the officials of IIRO to enable Bauchi Orphans to access the funds.

Baheejah said she received of series of complains from the beneficiaries and many registered people whose names are missing and she is looking for the best way to approach the issue even if it means taking legal action in other to defend the right of the orphans.