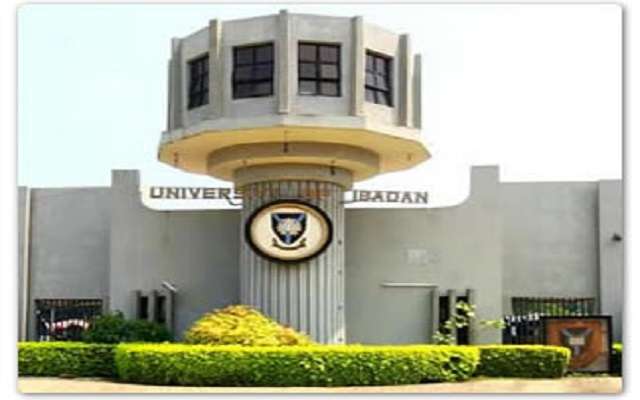 *_”Our lives begin to end the day we become silent about things that
matter.” ~ Martin Luther King_*

Not too long ago, I was sitting in the hall (Indy Hall) with an
alumnus of university of Ibadan at a gala night. The graduate, when
asked some questions about his undergraduate days responded with rosy
stories of how palatable things were in the past. After minutes of
questioning and answering, one of the attendees who is currently an
undergraduate remarked that “egbon, that time na when yansh still dey
back.” Albeit, it sounds jocular but it is nothing but the bitter
truth.

About three years ago,  the university environment was saturated with
news of bags and phones being snatched away and ladies being sexually
harassed in some places such as ‘technology road’ and ‘St Anne’s road’
which so many claimed was as a result of the presence of darkness and
absence of stand by or active security operatives. After so many
agitations, the menace was forestalled with installation of street
lights and regular patrol by security men. Still, the death of one
challenge give rise or pave way for another.

In saner climes, the gown is distinct of the town, and for this
reason,  the latter looks up to the former to provide it with
well-bred and trained personnel that will help reduce the problem in
the society. It is still not clear whether it is the polarized border
or the kangaroo security system that is responsible for the invasion
of deadly aliens from the neighboring town. These hoodlums gain access
without ado into the University to execute nefarious activities,
indoctrinate students and wreak havoc such as either carting away
students’ personal belongings or vandalising the school properties.
With the high rate of association of this bad eggs with the supposed
good eggs under the watch of the University, it is noteworthy that the
town can no longer beat it’s chest for the products of the gown; why?
Because they are not solving but adding to the problems of the
society.

Ever since the epoch of revolution was long gone, the world is fast
degenerating back to the dark ages where lawlessness and social vices
were the order of the day. In those days, when things were still rosy,
some activities were carried out in the dark and kept as topmost
secret, but now, such things are done in broad daylight. Cultism,
despite the many anti-cultism signposts, is gradually becoming part
and parcel of the University activities. It is spreading so fast and
taking over everywhere with the speed of light and should nothing be
done as soon as possible to curb it, it may end up providing for
itself a faculty with so many departments in the nook and cranny of
the University community.

For some days, weeks and months now, in places such as Tedder hall,
Zik Hall and Independence hall, some strangers have been spotted
therein and from their mode of dressing and manner of communication,
they are nothing but cultists.

Prior to the birth or rebirth of these cultists, smoking in the
university of Ibadan is becoming unbecoming and unbearable. Truly, the
words of Robert Mugabe that says “a cigarette is a pinch of tobacco
rolled in a piece of paper with fire on one end and a fool on the
other end” is true. If one is not a fool, how on earth will a sane
individual having read the inscription on the pack of a cigarette that
smokers are liable to die young still go ahead to consume such
product.
Just as Boko Haram has taken over some villages in the north, these
smokers have also colonised some spots such as the SU pitch on
weekends (basket ball court especially), behind faculty of Education
TETFund building at night, rarely under the shed adjacent to Zik Hall
elders’ block, regularly in the bush that leads to Zik Hall block C.
from Youth Friendly Centre and some other dark spots on campus. What
annoys one most is how conspicuous they go about their activities and
what baffles one is how they smuggle in those drugs through the watch
of the security operatives at every entrance of the University.

_What a pity! If not for the absence of the cat, the rat wouldn’t have
crowned itself as king of the house. Ever since the voice representing
many other quiet voices have been made voiceless and it’s power house
put under lock and key, all other voices have been relegated to mere
murmuring; and with the recent fait accompli suffered by or mete out
to the already made voiceless voice, the little murmur of the other
voices have been reduced to absolute and perfect silence._

Upon seeing that the atmosphere is tensed, the environment is
rubber-stamped and every word from the top is taken as said, one need
not ask why students of the first and the best university are docile
and conformable. It is like “the fear of SDC is the beginning of
wisdom” is boldly inscribed in the heart of every uites. Students are
not only scared to ask for their right but also unable to defend it
when it is being infringed on or violated.

Aside what has been earlier stated, the university is also suffering
from cultural degradation and immorality. While some students are
basking in Cultism, drug addiction and hooliganism, a bunch of others
are figures of sightseeing. The females, especially, have made
themselves ordinary object of sexual fantasies and gratification. If
you are in doubt, take a walk down to faculties of the social
sciences, education and arts, most of the ladies are either dressed
unclad or half nude. Some even go to the extreme in their costume and
if not for the absence of rock music and presence of academic
insignia, one would have mistaken the faculty to be a club house.

Except one decides to violate the words of Martin Luther King Jr
earlier quoted or be like the same that passed through a rock leaving
no impact, it is safe to posit that the University of Ibadan is no
longer at ease. Should no measure be put in place as soon as possible,
the university might lose its value and be relegated to the level of
The polytechnic, Ibadan.

*_OLUWATOYIN Betterdays is a campus journalist. He writes from the
University of Ibadan, Ibadan. He can be reached via 07010124528 or
betterdaysahead191660@gmail.com_*