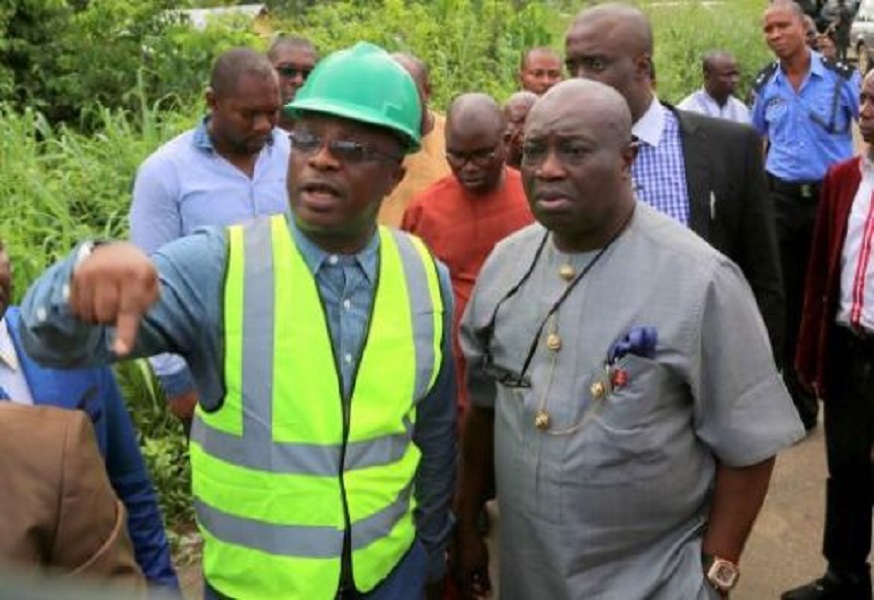 Finally, the election of the Aba Federated Chapel of the Nigeria Union of Journalists (NUJ), Abia State Council was successfully held last week. The election produced a veteran and the correspondent of Vanguard Newspaper in Aba, Eric Ugbor as the Chairman. Also in the new house is another veteran who has plied his trade in notable media houses in the country, Ijendu Iheaka as the Secretary. Iheaka currently writes for the News Agency of Nigeria (NAN).

In the football world, the team would aptly be desribed as star- studded because of the presence of the likes of Godffrey Ofurum as the Vice Chairman. Ofurum is of the BusinessDay Media. From all ramifications, the new leadership is b oth gender-friendly and sensitively. Two female candidates emerged as Financila Secretary and Treasurer respectively. They are Chinyere Francis Anyaogu and Ngozi Paul, both of the Broadcasting Corporation of Abia State (BCA).

Thank God that the election has finally come and gone. Efforts to hold it in the past has been marred by one crisis or the other.  But the crisis was resolved when after Ugbor’s competitor, Mr. Okey Sampson, withdrew from the race by the tendering a letter of withdrawal shortly before the polls commenced. Kudos to Sampson for exbiting that high- level of sportsmanship instead of allowing the crisis to linger.

Indeed, the team that came on board is a crack one and is expected to deliver considering the calibre of members of the executive. This is Ugbor’s second missionary journey in the position. He has once served as the chairman of the chapel. Ugbor did well and was adjudged the best candidate by his colleagues in this dispensation. His ability to deliver in this dispensation is not in doubt as reflected in his acceptance speech thus:”Our role as men of the pen profession is to key into societal growth. We are the watchdogs of the society and must at all times promote truth, good governance, peace and justice. In doing this, we must be guided by ethics of the profession. I urge all members to join hands to make our union great”.

All the same,the team has an onerous task at hand to deliver. This is due to the strategic position Aba holds in Abia State. Aba is central to whoever governs Abia State. This is why the performance of any governor that comes on board to govern the state is substantial assessed with Aba.

Aba is the home of trade and commerce in Abia State. It has recently assumed the status of the Small and Medium Scales (SMEs) hub of the South East, if not the country in general. Also, the made-in- Aba products story is now a success story both locally and internationally.

Aba is indeed strategic to the nation and the world as a whole. Its strategic nature caused Ikemba Nnewi, Sir Odumegwu Ojukwu to issue instructions that his corpse must be hosted in Aba.  It also moved Chief Ralph Uwazuruike, leader of the Movement for the Actualization of the Sovereign State of Biafra (MASSOB) to make his declaration of the new Biafra in Aba. The strategic nature of the city caused women in the old Eastern Region, from the four provinces, choose Aba for their earth-shaking riot in 1929, that brought the colonial administration to its knees.

The strategic nature of the city requires a vibrant media to cover it.It requires a media that would not only explore the traditional roles of the media, that is to inform, educate, and entertain, but will carry out other ancillary functions such as persuading, influencing the society; socialising, and integrating the society.Through the persuasion role of the mass media, the masses attune themselves to the programmes and policies of the government to make them a reality. It is one thing to articulate a policy and another thing to carry the masses along. As the Fourth Estate of the Realm, the press take it upon themselves as a social responsibility to explain, interpret and urge action on the part of the masses. Thus, it is only when the press have created the awareness about the necessity and desirability of such governmental policies and programmes that the masses are convinced and persuaded to lend support to them. Persuasion takes the form of constant and consistent efforts to socialise and make people both receptive and responsive to the desirable policies of the state or any other responsible corporate authority.

Aba, is the center-piece of Gov. Ikpeazu’s policies and project and should be highlighted         there is the reconstruction of 4.7km Faulks Road with a contract sum of N6.8 billion to provide a permanent solution to the strategic road which has defied efforts by the previous government due to the menace of flood.To achieve this, the contract was awarded to a reputable construction company, Setraco Group. The company is also to oversee the construction of 5.6km underground water channel that will collect water from Ifeobara basin near Ukwu mango to Aba River.There is also the governor’s Aba Urban Renewal Vision which drives the mandates of reviewing and regaining its lost glory.

There are other success stories of Aba which is inexhaustible.The media in Aba are expected to go beyond the surface of Ikpeazu government’s policies and programmes to explain, where necessary, ask questions to ensure that the public’s support is mob­lised for such policies and programmes. This is the task before Ugbor to lead a re-engineered Federated Chapel that will be both responsible and responsive. We have every confidence that Ugbor will deliver on this mandate.” Who the cap fits, let him wear it”.