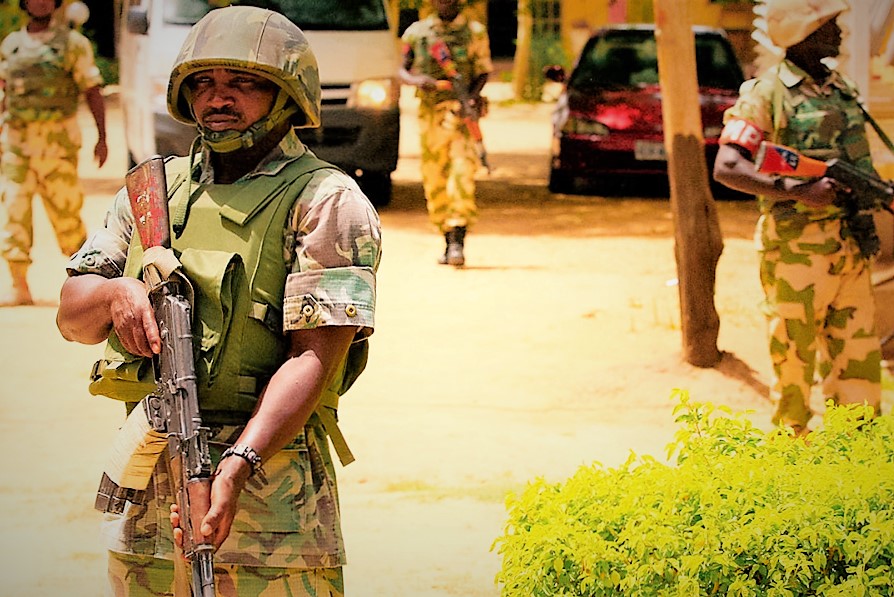 When the Department of State Services swooped down on many suspected corrupt judges last year in a Gestapo style raid, many Nigerians were quick to condemn the actions of the DSS as “unconstitutional” and “illegal”. It was not until the Administration of Criminal Justice Act (ACJA 2015) was dissected at the trial of Federal Republic of Nigeria v Justice Ademola that it was discovered that the DSS acted within the parameters of the law.

It is indeed an insult on the Council of Legal Education in Nigeria for unenlightened Nigerians to be quick to brandish certain actions as “illegal” and “unconstitutional” when host of well-trained lawyers work in the advisory departments of such government agencies that carry out such purported unconstitutional acts.

The latest of such agencies to come under the foul cry of engaging in such acts of unconstitutional illegality is none other than the Nigerian Army, after it has received heavy backlash from the peoples of South Eastern Nigeria for its engagement in Operation Python Dance, which was intended to be nothing more than a brazen “Show of force” by the Nigerian army; a warning to impertinent agitators and trouble makers domiciled in certain select states of the South Eastern region to “dey your lane”. It was scheduled to be a fanciful display of the massive strength of the Nigerian Army by having armoured tanks and beautifully dressed soldiers parade the streets of the Rising Sun, whilst the hospitable and educated inhabitants of the region smile, wave and take photographs with the cute Nigerian soldiers to be uploaded on Social Media sites.

However, after heavy emasculation of their otiose ego, and after an assault of propagandist indoctrination by their “Supreme Commander”, the self-styled Messiah of Biafraland, the hitherto peaceful inhabitants of Abia and Rivers States of the South Eastern Region suddenly decided that the Nigerian Army was in cahoots with the Hausa populace to decimate them. The rest is history.

Many pro-Biafra agitators are quick to condemn the Operation Python Dance as provocative, and unconstitutional. It is indeed easy to make such sentimental statements, but what does the law posit?

Section 217(2)(c) of the 1999 Constitution provides that “The Federation shall, subject to an Act of the National Assembly made in that behalf, equip and maintain the armed forces as may be considered adequate and effective for the purpose of…. (c) Suppressing insurrection and acting in aid of civil authorities to restore order when called upon to do so by the president, but subject to such conditions as may be prescribed by an Act of the National Assembly”.

Suffice to say, the Act of the National Assembly referred to here is the Armed Forces Act.

What then is the basis of the illegality of Operation Python Dance as alleged by Pro-Biafra agitators? It has been submitted on the behalf of the agitators that before the armed forces of the Federal Republic can be deployed in accordance with Section 217 (2)(c) to maintain public order, the approval of the National Assembly must first be sought and obtained. This contention is highly fallacious and illogical. The role of the National Assembly is limited to make laws for the regulation of the powers exercisable by the President as Commander in Chief of the Armed Forces of the Federation. This is by virtue of Section 218 (4) CFRN 1999 and they have already done this by enacting the Armed Forces Act in 1994. Nowhere in the Armed Forces Act of Nigeria is it stated that the powers of the Nigerian Army to maintain public order as encapsulated in Section 217 (2) (c) CFRN is to be subject to the approval and confirmation of the National Assembly.

It therefore behooves on this writer to propound, that any submission that the requirements or conditions precedent for the declaration of a state of emergency (As listed in Section 305 CFRN and expounded by the Federal High Court and Court of Appeal in a plethora of cases including the case of Plateau State of Nigeria & Anor n. AGF (2006)3 NWLR (pt 967) 346 does not indeed apply to Operation Python Dance, as it is not a state of emergency.

If the intellectual agitators do not therefore desist from such unconstitutional arguments, and perform their legal obligations to inform the violent and not-too-enlightened youths that the activities of the Nigerian Army indeed has a legal and constitutional coloration, and that if the IPOB agitators continue in their insurrection, the hand of the Command

er-in-Chief of the Armed forces might just be forced into making an actual declaration of a state of emergency in the troubled South Eastern Region.