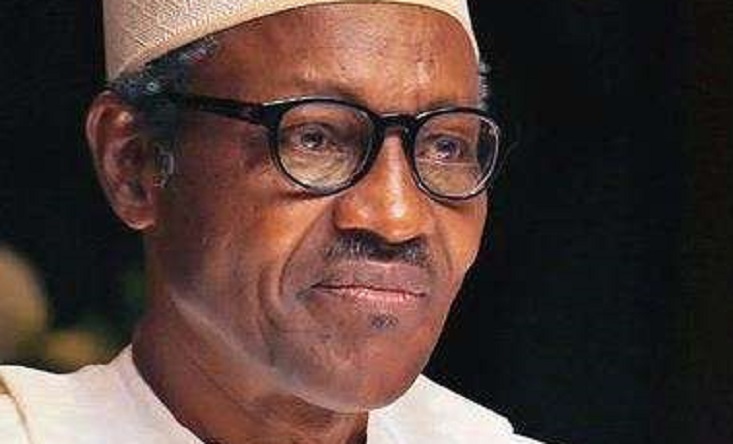 The Kaduna Judicial Commission of Inquiry was instituted by Kaduna Governor Nasir el-Rufai and wholesomely endorsed by Nigeria’s President Muhammadu Buhari. In spite of chief victims, Sheikh Zakzaky and his wife Zeenat being detained and denied attendance, the Kaduna panel has been the only inquiry Nigerians have had to wait upon and hope for some form of justice from since the horrendous massacre in Zaria betweenDecember 12th and 14th of last year.

In a media chat last December, Buhari said in answer to questions by the panel on the Zaria clash and massacre incident:

“Well certainly I know something about it, I aught to, in fact I must know something about it. When it happened, I was in touch with the governor of Kaduna state. You know it happened in one State of the 36 states. Interestingly the President of Iran spoke to me about it, but I told him that as a government we have a system. This incident happened in one of the cities. The governor has physically visited the area. We have a system of investigation. The Military that was involved too has a tradition of investigation. I as head of Federal government, I have to wait for the official report before I can come out as the head of the government and make a statement. So I am allowing the army and Kaduna State government to submit their own reports of enquiry. Meanwhile it doesn’t mean that the police, the SSS that were not directly involved are not doing their own part of constitutional role of finding out what actually happened.”

Asked by the panel, “so that means there won’t be a Federal inquiry that some are calling for because they are saying that some of the officers are involved, I mean you can’t ask the police to investigate the army and all of that” he answered:

“No, there is no way I can ask the police to investigate the army. That will be a misnomer…(chuckles)..it aught to be the other way around. But all I know is whether it is the police, the military, the civil authorities Where there is an incident where lives and property are lost, there is a standard way of investigation depending on how serious it is. If it is very serious maybe a judicial inquiry may be the most acceptable thing for the society, and then people form all directions are asked to come and give evidence.”

When asked, “how serious do you think this is for the nation in terms of our security and the potential future that this can portend for us” the President said:

“No it is unfortunate and extremely serious. How can any group will create a State within a State. I don’te are a  want to speak about it in detail. I’ll leave it till I receive the inquiries. But there are a number of clips I saw where some excited teenagers were virtually hitting the chest of Generals, you know, putting road blocks, banning vehicles and pelting them with missiles.”

“You feel very infuriated?,” he was asked by members of the panel.

To which Buhari replied:

“Very much so, but again I realize my position. I am now a sitting duck.”

“Ok, but having said that Mr President, do you think it is justifiable. Because in the media, we also saw in social media and traditional media, a number of images of young people that were shot dead and some of them you just wonder…the number of deaths seems to be quite worrying?,” the PremiumTimes reporter on the Panel asked the President.

Buhari responded, “you can’t justify casualties on that scale. But to be fair to both sides you have to wait for the inquiries and then you tell the families. A lot of them you tell them what they know. For example I understand that people form the area in Zaria gave a press briefing in Kaduna isn’t it? About two or three days ago. They called the press and they told them what agony they have been going through for the last 10..15 years.”

“So to wrap this up Mr President, who would you be expecting this report from in terms of inquiries. One, a lot of people expect that the Federal government will have an independent inquiry. The soldiers who were said to have been attacked cannot do an inquiry that would be deemed as fair and balanced. The police who are part of the security agencies of Nigeria would not be expected to carry out an inquiry that civil society will accept as fair and balanced. Civil society as well might be deemed as maybe a bit partial and emotive about it. So where is the Federal government’s inquiry coming from?”

“I expect a sort of Judicial Inquiry by the Kaduna State government. Because it happened in Kaduna and one of the cities and it has been there for the last 20 years…from what I have been reading from your papers…for the last 20 years. They will occupy a Federal highway, sometimes from Kano to Kaduna. This is what I have heard. Fortunately for me I have never been in that mess. But a number of people that talked to me…for example from Jaji to Kaduna it will take about two and a half hours also. There were all sorts of allegations which I will rather wait for the report.”

While the President’s apparent pre-judgement in his responses and the legal implications of them are not the subject in this article, the President concluded by endorsing the Kaduna Judicial panel as his government’s tool to deliver justice to those found culpable.

The panel has met and since submitted its report to the Nigerian government, but while members of one-side of the clash remained detained and thereby punished, many without trial for the over 200 days since the incident, not a single military officer and other state official has been as much as suspended for their roles in the deadly massacre.

In the developed world, officers would be suspended or put on bench duty in the interests of peace, justice and national security at the beginning of an inquiry pending the results of the case or trial.

Today Nigeria that has been waiting for the long overdue suspension of officers, right now waits for justice to be meted on the culpable members of the Nigerian army and other security agencies and cabinet officers as found guilty. Nigeria’s Chief of Army Staff, Lieutenant General Tukur Yusuf Buratai is on record to have endorsed and defended the actions of the army in the Zaria massacre thus implicating himself. The army chief reported that only seven people were killed in the incident. The Buhari-endorsed Kaduna inquiry has however reported that over 350 Nigerians were killed in the incident and secretly buried by order of the army in a mass grave at Mando cemetery, again implicating the army chief in tampering with justice and attempting to cover-up a State-perpetrator criminal act.

Justice delayed is justice denied. While this justice has already been denied by virtue of its being drastically delayed, Nigerians want to know when justice will at last be delivered on the perpetrators and when the victims will receive apology and “blood money.”