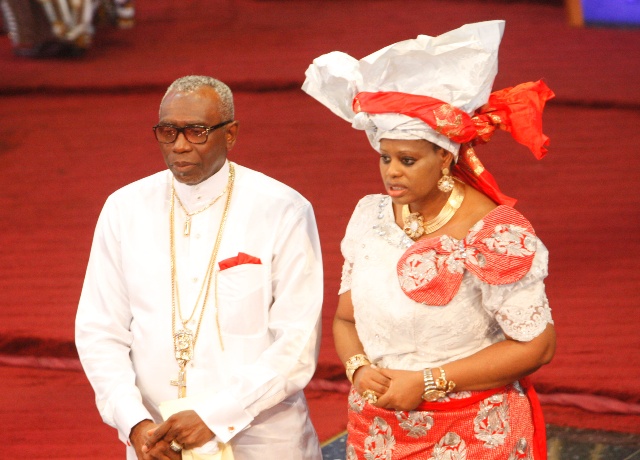 Our attention has been drawn to a report credited to one Musa Dikwa alleging that the leadership of Christian Association of Nigeria (CAN) was given N7 Billion by President Goodluck Jonathan to campaign for his re-election. Ordinarily, we would have ignored this baseless and worthless allegation but for the vulnerable public which believes in anything, no matter how incredible the source could be especially in this era of politics.

For the avoidance of doubt, CAN has no knowledge of any N7 billion transaction as alleged by Musa Dikwa who claims to be the Executive Director of a non-existent group, Voice of Northern Christian Movement. CAN is not a political party, let alone getting involved in partisan politics. Christians who are members of CAN belong to different political parties. It is therefore surprising to hear that CAN is campaigning for one candidate.

Revered men of God including Pastors Ayo Oritsejafor, CAN President; Bishop David Oyedepo of Winners Chapel and Pastor Bosun Emmanuel (Secretary-General of National Christian Elders Forum) are too upright to be linked with any such deal.

CAN is therefore not surprised to see Musa Dikwa doing a yeoman’s job the next day through his allegations. This is the hands of Esau but voice of Jacob. The allegation by Dikwa is masterminded by those who were not happy with our recent press statement in which we denounced the endorsement of the presidential candidate of APC, General Muhammadu Buhari (retd) by a group of people using the name of different Christian organizations to perpetrate fraud. We still insist that Buhari has fallen into wrong hands because his endorsement for the March 28 general election by Northern Christian Leaders Eagle-Eye Forum led by Aminchi Habu is fraudulent.

We are therefore calling on security agencies to commence investigation of the activities of this Voice of Northern Christian Movement and Musa Dikwa himself to unravel the N7 billion mystery which is intended by their sponsors to throw the country into serious crisis.

We repeat for emphasis, that neither Pastor Ayo Oritsejafor, Bishop David Oyedepo, Pastor Bosun Emmanuel and CAN was given any money by the presidency, let alone N7 billion. The allegation is the height of mischief and desperation. Unfortunately, our psyche as a nation has been bastardized and abused by the institutionalized corruption introduced by successive military rulers (in uniform and out of uniform) that we no longer believe that anyone can speak the truth without financial inducement or gratification. Fortunately, there are still people in the nation who act without financial inducement.

We are Christians and our candidate is Jesus Christ. So long as we believe that the Church is under threat, we will speak for Jesus Christ and maintain the Wake Up Call to the Church.