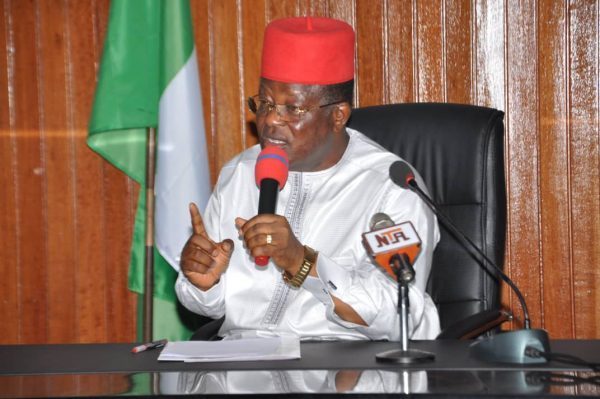 Advertisement
From Mba Nnenna- Abakaliki.
The Chairman, Ebonyi State Independent Electoral Commission (EBSIEC) Barr. Jossy Eze has charged the new local government Chairmen/ward councillors not to betray the trust of the electorates.
Barr Eze gave the charge Wednesday, on the occasion of  issuing “Certificate of return” to a total of 13 local government Chairmen elect and 171 ward councillors in Abakaliki, Ebonyi state.
Barr Eze who expressed his gratitude to God and all stakeholders that made activities of the election very peaceful, noted that the turnout of voters  during the recent election is evident of the fact that Ebonyi state electorates know what they want and were out in their thousands to cast their votes.
Speaking further the EBSIEC Chairman urge the newly elects not to betray the confidence the electorates reposed on them.
“You’re representing the entire Ebonyi state individually and collectively. And you can only justify our own action in supervising and going through this process of your election, by the good works you do when you get to the office.
“So i urge you to have a large heart, to be accomodating and to focus. Have a vision of what you want to do and start doing them after your inauguration.”(He said)