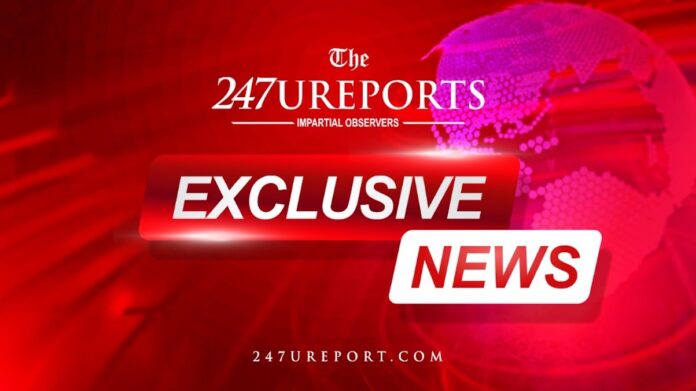 A fresh crisis is purportedly brewing in the Anambra State Branch of the People’s Democratic Party (PDP), following an alleged withdrawal of a whopping sum of ₦38.6million from the Party’s treasury in the state, without any state executive on seat.

Recall that PDP currently has no executives in the state, as the four-year tenure of the immediate-past executives, chaired by Chief Ndubuisi Nwobu, has long expired in December 2021, alongside the tenure of its Caretaker Committee executive which was constituted after the expiration of his tenure, later renewed, and eventually elapsed few months ago; after which he and other members of the executives officially resigned their positions in writing, to seek reelection, in compliance with the Party’s directive that every executive member who wishes to seek reelection or fresh position must resign his office.

Hence, the party is currently on the process of electing new state executives in Anambra, as the executives’ seats have remained vacant for months now and still counting.

Notwithstanding the vacancy of these state executives’ seats of PDP in Anambra State, it was however, gathered that a withdrawal of ₦38.6m was made from the coffers of the party in first week of July, thereby throwing some members of the party into wonder and disarray, as to whom could and why should one withdraw from the Party’s treasury when the party currently has no executives.

It was also gathered that the money in question was donated to the party by a politician for state, local government and ward structure during the 2021 governorship election campaign in the state, which eventually it was not used for, as it remained in the account of the party till the expiration of the tenures of the immediate-past executives.

Speaking to our correspondent, a reliable source from the party who pleaded anonymity alleged that the withdrawal was made by the immediate-past state Chairman of the party, Chief Nwobu, in connivance with one or two other members of his (expired) executives, as they are the only people who are signatory to the account.

According to the source, Chief Nwobu, who is also seeking reelection as the state Chairman of the party, withdrew the money and used it to fund his campaign, by sharing a portion of it to some members of the party (especially the wards’ and local governments’ executives of the party) as if it is his personal money.

“Now, since they have resigned and their tenure has also ended, why should they go back to make further withdrawal from the party’s treasury when they’re no longer in power?” the source wondered.

Contributing, another stalwart of the party, who begged not to be named, described the act as illegal and criminal, and called for the intervention of the court, the Economic and Financial Crimes Commission (EFCC), and other relevant agencies on the situation. The source also called on the national leadership of the party to wade into the situation and to disqualify Chief Nwobu and his cohorts from participating in the forthcoming election of the state executives of the party, for such ‘unconstitutional act.’

“It is purely illegal and unconstitutional of them to withdraw that money. Even though the money was donated during their tenure as executives; for the fact that they didn’t withdraw or use it for the purpose it was meant for, till the expiration of their tenure; they don’t have any right again to withdraw the money or any other money at all from the party’s treasury. It is the incoming executives that should handle that,” the source added.

The source also revealed that the party currently has just a token of about ₦48,000 in her account in the state.

Another active member of the party who gave more hints, said the transaction was carried on the party’s Heritage Bank account, and further alleged that Chief Nwobu first moved the money into his private account in connivance with one or two of his expired exco members who signed for the withdrawal, before he eventually withdrew and used it for the purpose best known to him.

While revealing that according to initial arrangement, the 21 local government chairmen of the party in the state would get ₦200,000 each from the money (totalling ₦4.2m), while the 326 ward chairmen were to get ₦100,000 each (totalling ₦32.6m), and the state executives would share the remnant; the source, however, also alleged that Chief Nwobu sneaked the sum ₦10,000 each from every local government chairman’s share of the money when he was sharing it to them, and also sneaked same amount from every ward chairman’s share of the money (totalling ₦3.47m) as ‘Service Charge’; which the source said he may have also replicated on the portion of the State Excos’ share of the money.

“During the 2019 campaign, a lot of aspirants came to Anambra State; and each of them dropped up to ₦3m or ₦4m for the party, but he couldn’t account for the money till date.

“Also, the governorship aspirants that contested under PDP, about 17 of them, he collected money from them, every one of them paid ₦5m. But of all this money paid, he cannot give account of any of them. Is this not a jamboree?” the source asked, adding that “A lot of people have written against him, to EFCC and authorities of the party; more than five different petitions now, but the party has not yet addressed them. And now, he is running around again that he wants to return as the Chairman of PDP.”

The source further joined voice to call on the national leadership of PDP to discipline the ex-chairman, Nwobu, and his accomplices, in line with the Constitution and disciplinary guidelines of the party; as well as to report him to the EFCC, and also disqualify him from taking part in the state executives election (which may hold anytime soon), as he currently has a plethora of petitions against him, which make him unqualified to stand for election with others.

“I am the state Treasurer of the party; and I don’t know what you are talking about. Withdrawal…, from which account? Which topic? Who told you that? What is your concern about that? Why are you worried about it? Which newspaper do you work with? Are you a member of PDP? Even if there was any withdrawal, how does that concern you? Is your money there? Please don’t disturb me,” he said.

In his own reaction, the accused and immediate-past state Chairman of the party, Chief Nwobu described the claims as frivolous and said he would not react to such speculations.

“If PDP says that any of their monies was missing or is missing within the time I was the Chairman of the party in Anambra State or after I became the Chairman, then I would have a reason to make explanations. I can’t be reacting to frivolities. So, if there’s any such publication or claim from people, as you said, it is frivolous, and does not merit my response,” he said.

All efforts to get the reactions of a top-notch and founding member of the party in the state, Chief Chris Uba, on the matter, proved abortive, as he neither responded to his phone calls nor replied his text message.

Attempts to get the reactions of the National Publicity Secretary of PDP, Chief Olisa Metuh, also proved abortive, as calls to his number could not connect, as at the time of this publication.