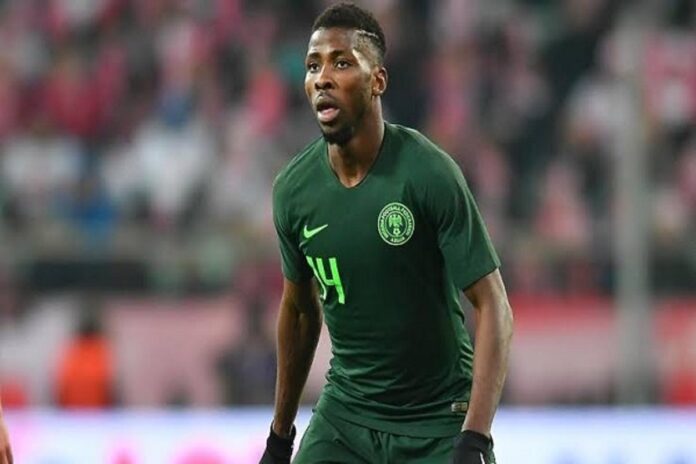 Kelechi Iheanacho has said that the Super Eagles are focusing on their coming games against Sudan’s Falcons of Jediane on Saturday and Guinea-Bissau on Wednesday January 19.

A 30th minute goal by Iheanacho got Nigeria off to the perfect start in their Africa Cup of Nations opener against the Pharaohs Egypt on Tuesday.

The Leicester City forward, who won the Man of the Match award, hopes that the result can act as a catalyst for the rest of the tournament, adding the win over the Pharaohs of Egypt was a massive boost for the team.

“Egypt game was a challenge we successfully overcame,” Iheanacho said.“All we can think about now is how to beat Sudan and Guinea-Bissau in the next two games.”

“It was a massive win for us. We prepared and worked so hard for this game and we are happy with the result. This is surely a good start for us and I hope it will help us in subsequent games,” he said .“We were not scared of the Egyptians. We studied them very well and it showed our performance. This is a good start for us and Nigerians can be sure we will do our best in this competition.

In a related development, several members of the Super Eagles squad have expressed confidence in their team’s ability to defeat Sudan on Saturday at the 2021 Africa Cup of Nations (AFCON) in Cameroon.

The players, who spoke to NAN after their training session on the training pitch at the Stade Roumdé Adjia in Garoua, assured that they would continue to give their best, adding that there would be no room for complacency in the game against Sudan.

On his part, William Troost-Ekong who captained the team during Tuesday’s match said the team would approach the Sudan game with the same intensity played against the Pharaohs of Egypt.

“We are going to approach it the same way we did against the Egyptians. Game by game we are going to go further,” Troost-Ekong said. “So, we will keep cool and stay humble as we’ve got all it takes to get over the Sudanese.”

Goalkeeper Maduka Okoye was also confident that the Super Eagles could beat every team in the tournament: “We are Nigeria and we are strong enough to beat everybody.

“I think the game against Sudan is going to be a more physical game. But, also, in this squad we have enough physical qualities.

“I am sure we can also get the job done against Sudan,” Okoye said.