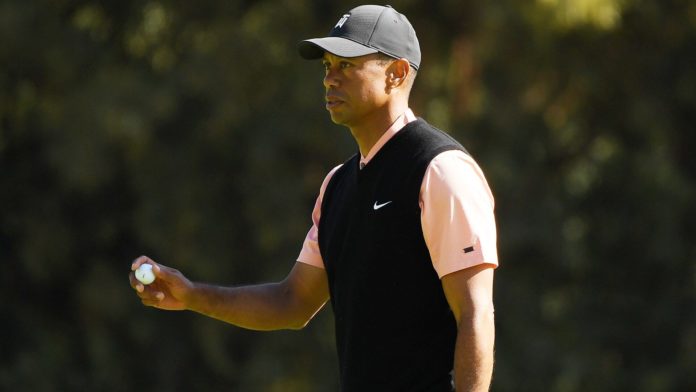 Tiger Woods has made a lot of progress since his single-vehicle rollover car crash in February, a source tells PEOPLE as the iconic athlete was spotted back on the golf course over the weekend.

“Tiger has made a remarkable recovery in the past few months, but it’s even more significant lately,” the source says. “It’s like every day he can do more, he can handle more, the pain is less and he’s feeling better.”

Woods, 45, “suffered significant orthopedic injuries to his right lower extremity” in the Feb. 23 accident in Southern California, according to Anish Mahajan, MD, chief medical officer at Harbor-UCLA Medical Center, who released a statement on Woods’ Twitter page the day after the crash.

More specifically, Mahajan said Woods suffered “comminuted open fractures,” meaning his tibia and fibula bones had shattered and broken through the skin, requiring immediate surgery, along with smaller injuries to the ankle and foot.

Woods has been doing physical therapy, the source tells PEOPLE, and has been pushing himself to work up to his body’s limits.

“He says that the pain is very manageable now,” explains the insider. “For the first couple months, he’d just be sitting at home with his leg up, and it would be throbbing and he’d be in so much pain. Now he still has pain, but it’s nothing like what he dealt with before. He’s feeling strong and healthy and optimistic that he’ll be able to return to tour.”

When he’ll be back on the PGA Tour is unclear, though — but Woods is no stranger to comebacks, winning the 2019 Masters which was his first major victory in over a decade.

“He’s got a timeframe in his head, but he’s not really putting that out there; he knows when he wants to return, and he’s going to make it happen,” says the source. “He says even if he’s not at 100%, he knows how important it is to get back out there and compete. That’s his goal.”

No matter what, Woods is in “really great spirits, feeling really good about his recovery.”

Reps for Woods did not immediately respond to PEOPLE’s request for comment.

Over the weekend, Woods was spotted on a Florida golf course, watching as his son Charlie, 12, competed in a junior tournament. His girlfriend Erica Herman appeared to be by his side.

During the February accident, Woods’ car struck a sign in the center divider, cut through a tree and landed alongside the road. According to the documents previously obtained by CNN, Woods told police following the crash that he had no recollection of driving or how the accident happened.

In April, Los Angeles County Sheriff Alex Villanueva said that speed was the primary cause of Woods’ crash. The sheriff also said that there were “no signs of impairment,” and that Woods would receive no citations for the accident.

Earlier this year, in his first interview since the accident, Woods told Golf Digest that he was focused on being able to begin moving on his own again with the help of physical therapy.

“I do my routines every day and am focused on my No. 1 goal right now: walking on my own. Taking it one step at a time,” he told the outlet at the time, at that point declining to answer when asked if he would be able to play golf again.