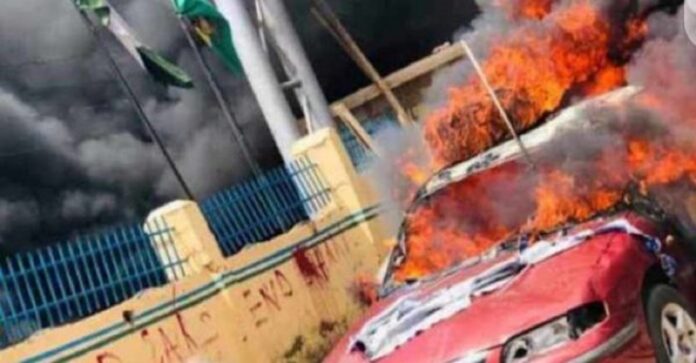 The hoodlums also injured three other cops who resisted them from gaining access into the headquarters.

The incident caused panic in the area. This is even as security operatives drafted from the command’s headquarters in Owerri, had taken over the area.

A source told The PUNCH that the hoodlums, who operated in a vehicle, met stiff opposition from police officers who were on duty when they tried to access the police premises.

Displeased by the cops’ action who resisted them, the hoodlums opened fire at the officers, killing two police officers while their gun bullets shattered three.

The source said, “Two policemen died in the incident. Three were wounded. One of the hoodlums was also killed but they drove off with him. The policemen who were killed were the ones who repelled them.”

He also said that the three other policemen who were wounded during the incident had been discharged from a local hospital where they were rushed to and transferred to a better hospital in the state capital.

Ikeokwu added that the command had drafted cracked teams of detectives in the area and commenced an investigation.