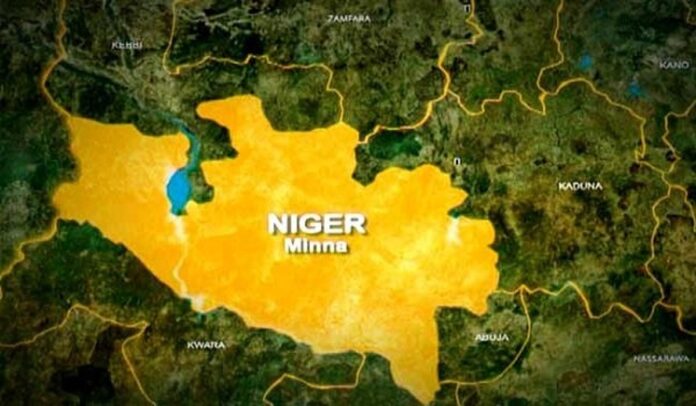 The Magama/Rijau House of Assembly bye-election in Niger state has been marred with violence, ballot box snatching and thuggery causing voters apathy.

The election turned to a free for all violence in all the polling centers the election is holding as ballot boxes were snatched while the voters were still casting their votes.

Thugs are having a field day as they move from polling units to polling units with guns, cutlasses and other dangerous weapons visibly threatening voters from voting for their candidates.

Many voters had to return home in order to keep safe and avoid being caught in the violence which resulted in some people being injured.

The Magama/Rijau House of Assembly bye-election is being slugged out between three political parties ADC, PDP and APGA as the APC has been disqualified from taking part in the action.

The Resident Electoral Commissioner in Niger state, Professor Sam Egwu said he is aware of the violence and has called the attention of the police to this effect.

According to Egwu, who is one of the three Commissioners monitoring the election, he has called the Deputy Commissioner of Police in charge of the operation to deploy policemen to Ibeto to restore peace law and order.

He described the behaviour of the youths as sad and unfortunate saying it is an affront to the improvement made in democracy in the past years.

According to Egwu, “I have escalated the situation to the police since. Security threat analysis on the part of the police gave indications of what is going on.”