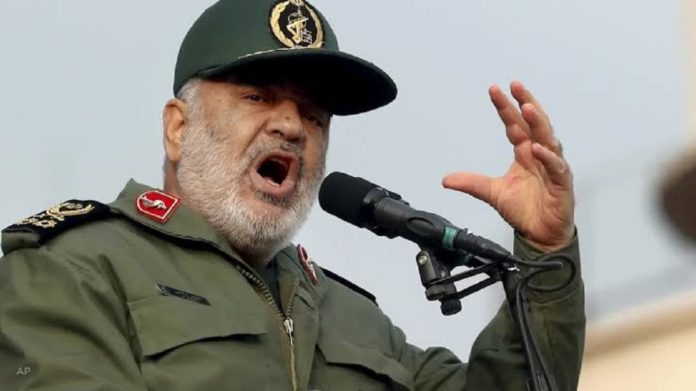 The U.S. military is on heightened alert and shoring up its forces in the Middle East to respond to a potential Iranian attack, a military official told POLITICO.

Specifically, the Pentagon is closely watching “troubling indicators of potential attack preparations” from Iranian militias in Iraq, the official said.

The Pentagon announced Thursday that it flew a pair of B-52 bombers from their base in Barksdale, La., to the Middle East and back to “deter aggression” in the region. The military has also taken other steps in recent weeks, including sending the aircraft carrier USS Nimitz back to the Middle East and dispatching an additional fighter jet squadron from Europe.

The moves are designed to deter Iran from taking any aggressive action against U.S. and coalition forces in the region, said the military official, who asked not to be named in order to discuss the moves. The Pentagon is concerned that Tehran could take advantage of the presidential transition and U.S. troop withdrawals from Iraq and Afghanistan, as well as the upcoming anniversary of the U.S. killing of Iranian leader Qassem Soleimani, the official said.

Most recently, the “short-notice, non-stop” bomber flight this week was designed to show the military’s commitment to other countries in the region, according to a statement from U.S. Central Command.

“The ability to fly strategic bombers halfway across the world in a non-stop mission, and to rapidly integrate them with multiple regional partners demonstrates our close working relationships and our shared commitment to regional security and stability,” said Central Command chief Gen. Frank McKenzie.

The drawdowns in Iraq and Afghanistan will not negatively affect the military’s ability to respond to an Iranian attack, the official said, noting that moving troops out of the region decreases the number of potential targets.

“We do not seek conflict,” McKenzie said, “but we must remain postured and committed to respond to any contingency or in opposition to any aggression.”