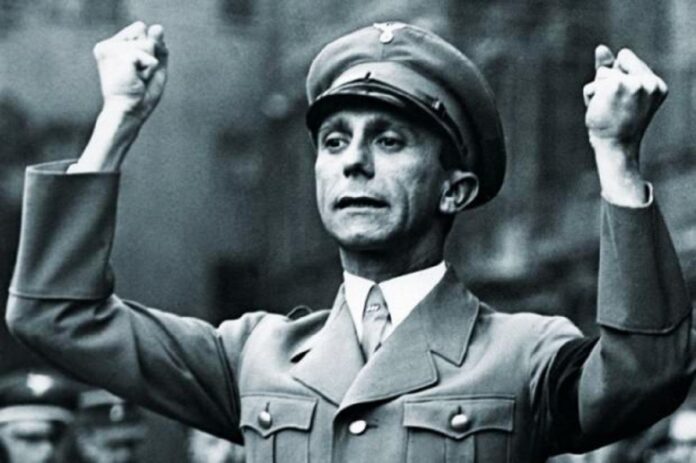 In 1978, the Public Relations professionals across the globe gathered in Mexico to among other aims chart a course, and stir the ship of public relations practice. The gathering proposed and adopted a highly influential definition of public relation which it tagged; The Mexican statement.It says; “Public relations practice is the art and social science of analyzing trends, predicting their consequences, counseling organization leaders and implementing planned programmes of action which will serve both organization’s and the public interest.

Ii has since become the most acceptable definition of public relations and assumed a guiding compass for image makers/spokespersons across the globe irrespective of the sector-Government, Non-Governmental or commercial organizations.

To do well on this position, PR professionals also advocate that a government spokesperson must possess a minimum qualification of a bachelor’s degree either in communication, journalism, English political science, or public administration. It is a bonus if the candidate has experience as a spokesperson in print, radio and camera interviews.

However, the question may be asked; why is this piece fixated with spokespersons at this critical time when Nigeria as a country is going through the pangs of insecurity? And coming at a time when the nation recently slipped into its second recession in five years and the worst economic decline in almost four decades?

One possible answer to the above questions is that this piece has realized that most of the present government spokespersons in Nigeria are capped with the attributes of Paul Joseph Goebbels, a German Nazi politician and Reich Minister of Propaganda of Nazi Germany from 1933 to 1945. He was one of Adolf Hitler’s closest and most devoted associates, and was known for his skills in public speaking and his deeply virulent antisemitism, which was evident in his publicly voiced views.

This new found attribute by Nigerian government spokespersons have made the innocent/well intentioned position become platforms for fierce political and ideological warfare in ways that negates our rationality as human beings. Great amount of innocent human character has been spilled, wars of words waged, countless souls/ambition persecuted and martyred. Spokesperson has in recent times failed to communicate noble ideas and ideals. This consequence of their failures is responsible for why anarchy presently prevails in the country and accounts for why Nigerians daily diminish and are impoverished.

Much more importantly, Government spokespersons, for this piece represent a veritable metaphor of their offices. Their characters have not only collaborated the claim in some quarters that such appointments were never targeted at improving information flow between the government and the governed, But a ploy to settle political jobbers and recruit rubber stamps who will falsely launder the image of public officers without recourse to, or adherence with the ethos of the office.

Instead of telling their principals what the real issues are or encourage them to keep promises that gave them victory at the polls, curtail the challenges confronting the people, and promote consensus politics, they (spokespersons) encourage divisiveness, uphold autocratic tendencies, and endorse/promote media trial of political opponents. And in most cases become propagandists using radio, television and the internet as outlets to relentlessly false feed Nigerians.

Each time they (spokespersons) are faced with embarrassing facts about their principals, instead of admitting their boss’s wrong-doing as expected of a well-trained information manager, they fall back on data that is hardly objective, generating inferences that can never be described as explicit. And the conclusion they reach is usually self-serving.They are not imagemakers but propagandists and attack dogs.

They hardly pick calls or respond to enquiries from journalists, broadcasters, development practitioners and information seeking publics despite the existence of the Freedom of Information Act which was signed into law on May 28, 2011 by Goodluck Jonathan administration with the purpose of making public records and information more freely available, by expanding section 39 of the 1999 Constitution of the Federal Republic of Nigeria as amended.

As a replacement to indulging in productive collaborations with media professionals, as without the media, the government may not truly know what is going on, Government Spokespersons want to suppress and control the media organizations and watch over journalists- the real watchdogs of the society.

A perfect example of the above assertion is the recent response to CNN report on Lekki Toll Gate incident by Nigeria’s Minister of information where he among other comments declared;“Like everyone else, I watched the CNN report. I must tell you that it reinforces the disinformation that is going around, and it is blatantly irresponsible and a poor piece of journalistic work by a reputable international news organization…This is very serious and CNN should be sanctioned for that’

Though this piece sympathizes with the awkward position these spokespersons are placed particularly as communication from public officials/offices are ‘self-undermining and often always reputed for encouraging complacency among citizens due to over bearing and two-faced attitudes of some public office holders.

That notwithstanding, it is the views of this piece also that even the global community is in agreement that like an unchained torrent of water submerged the whole countryside and devastates crops, even so has the activities of government spokespersons in Nigeria affects the nation’s socioeconomic development and stunts the nation politically.  In the objective estimation of this piece, what happens here is a direct opposite of global expectations.

This challenge is further exacerbated by the fact that they are yet to recognize that it is their approach/ attitude that can help the nation deepen information dissemination, enrich democracy and promote peace and unity among Nigerians of different culture, ethnicity, culture and religion.  Help inculcate and reinforce positive political, cultural, social attitudes among the citizenries-as well as create a mood in which people become keen to acquire skills and disciplines of developed nations.

Finally, while finding solutions to the unwelcoming behaviours of Nigerian government’s spokespersons will have far-reaching effects on both the public officials and the entire Nigerians, as it is laced with the capacity to engineer socioeconomic prosperity and propel the masses to work together for the greater good of the nation, it has become overwhelmingly urgent for Governments spokespersons, imagemaker and media Assistants to understand that every decision they make requires a value judgment as different decisions bring different results. All decisions have consequences that are direct and indirect, intended and unintended, short term and long term. Their decisions affect others; those decisions may influence thousands of people’s opinions on political issues’

Jerome-Mario Utomi is the Programme Cordinator (Media and Public Policy), Social and Economic Justice Advocacy (SEJA), Lagos. He could be reached via; jeromeutomi@yahoo.com. Or  08032725374.