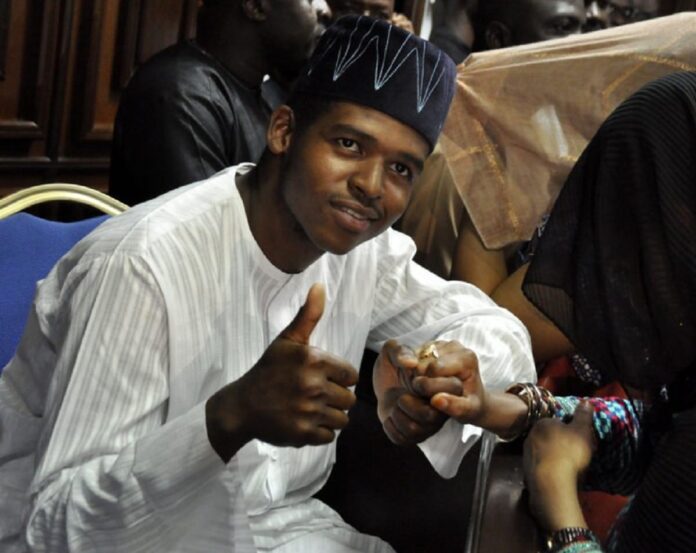 Justice Okong Abang of the Federal High Court, Abuja on Thursday, December 10, 2020, adjourned till December 21, 2020, for the adoption of the final written address of the Economic and Financial Crimes Commission, EFCC on the trial of Faisal Abdulrasheed Maina, son of the former Chairman of the Pension Reform Task Team, Abdulrasheed Maina, who is facing prosecution by the Commission on  a three count charge of false asset declaration and money laundering to the tune of N58 million.

The court will also on the same adjourned date, rule on EFCC’s  application for committal to prison of Hon Sani Umar Sani Galadima, who is surety to Faisal.

In asking for adjournment today, Faisal’s new lawyer, Anayo Adibe, had sued for time to be acquainted with the case, while Galadima’s lawyer, M.E. Sheriff, informed the court that he got news of the defendant’s arrest and craved for time to confirm the development.

“I was reliably informed that the defendant was arrested last night and is in custody. I will be asking for an adjournment and the suspension of the committal proceedings to allow the court ascertain the authenticity or otherwise of the defendant status,” Sheriff said.

Justice Abang refused Adibe’s application for adjournment, but granted that of Sheriff.

“This matter is hereby adjourned at the instance of the surety till December 21, 2020, for ruling on the committal application made by the prosecution and again adjourned for adoption of a final written address for the prosecution,” Abang said.