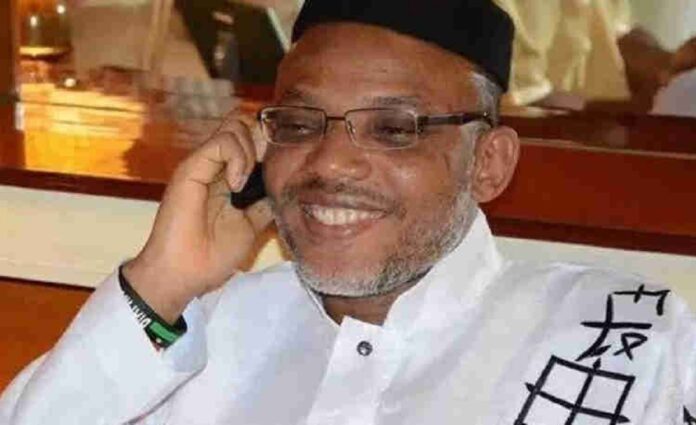 The ongoing break down in law and order owing to the Government’s forced interference into the peaceful ENDSARS protest has begun to raise attention of communities both locally and internationally. This is as the leader of the renowned Biafra agitation group, Nnamdi Kanu made a public statement through the publicity secretary of the group, IPOB indicating that the group “had no hand” in the ENDSARS agitation.

“IPOB has no hand in this youth organized ENDSARS protest going on throughout Nigeria” said Emma Powerful, the publicity secretary of the IPOB on behalf the leader of the group, Nnamdi Kanu. The statement was released today’s morning, October 22, 2020.

Suspicions had spread across the intelligence community pointing to the group IPOB as behind the coordinator of the ENDSARS protest. Particularly following the proclamation by Nnamdi Kanu stating the disintegration of Nigeria will begin in October 2020. His proclamation came several months before October 2020.

Nnamdi Kanu’s capacity to mobilized millions of youths was believed to have enabled the type of mobilization witnessed under the ongoing ENDSARS protest. According to a DSS agent who spoke to 247ureports.com, “Nnamdi Kanu is the only person that has the proven capability to mobilize such crowds, nobody else”

While Nnamdi Kanu denies involvement in the ENDSARS protest, he has made it clear he supports the protests.