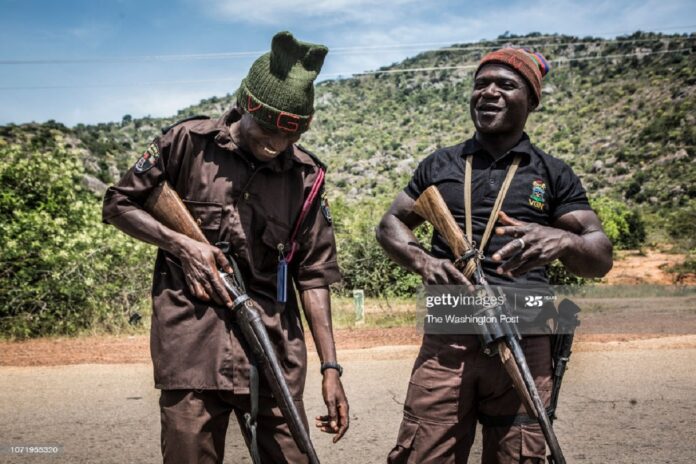 The Supervisory Committee of Anambra state Vigilante Group has placed field commanders and all the operatives in all the 179 communities in the state on a red alert, following what it termed a suspicious but unconfirmed mass movement of stranger elements purported to be northerners reported around Amawbia, Agulu, Nise, Neni and Adazi axis.

Chairman of the Committee, Chief Ikechukwu Ayo Aduba, a retired Commissioner of Police who handed down the alert in a press statement issued yesterday in Onitsha, said although AVG operatives in these areas are already on the red alert to verify and confirm this report, all the operatives in the 179 communities of the state should join the chorus.

Aduba further directed that in doing so, the operatives should collaborate with the Nigeria Police Force and other sister security agencies to secure their areas from now till the end of the year.

The AVG boss observed that crimes seem to experience upsurge in the period before the Yuletide (Christmas and New Year celebrations), adding that AVG had over the years beefed up security in their respective areas of operations, to ensure that Anambra remains one of the safest states in Nigeria and foreign/local investment friendly.

He warned against use of motorbikes to flood stranger elements into any part of the state, adding that such an act should be curbed by road traffic authorities, such as Anambra State Traffic Agency, ASTA, the Federal Road Safety Corps, FRSC, Nigeria Police and Operation Clean and Healthy Anambra OSHA Brigade.

According to Aduba, “The use of Okada in urban centres had been outlawed just like their carrying more than one person at a time where Okada is not outlawed”, he reminded the public.

He further warned: “It is against the Land Use Act for any individual to sell, land, especially to cattle rearers without obtaining permission from the State Government first and foremost. This warning is being repeated to forestall nomadic migrant herders from settling in our forests which is equally under surveillance by AVG Intelligence Unit”.

“All AVG Senior Zonal Supervisors, Supervisors, Commanders and Chairmen should work together with their Traditional Rulers and Presidents-General of various town union so that our state remains number one in terms of security of lives and properties especially in these “Ember Months”.

He recalled that leaders of Northern elements in the State, the Miyetti Allah had denied such an influx rumour, even as they reassured that the alarm about a new influx of their people into the state was unfounded and should be totally disregarded.

“Everybody in this state must be vigilant during this period and supply genuine information to AVG. On the other hand, those raising false alarms and creating unnecessary tension in the state should desist from such unpatriotic act forthwith”, he further warned.