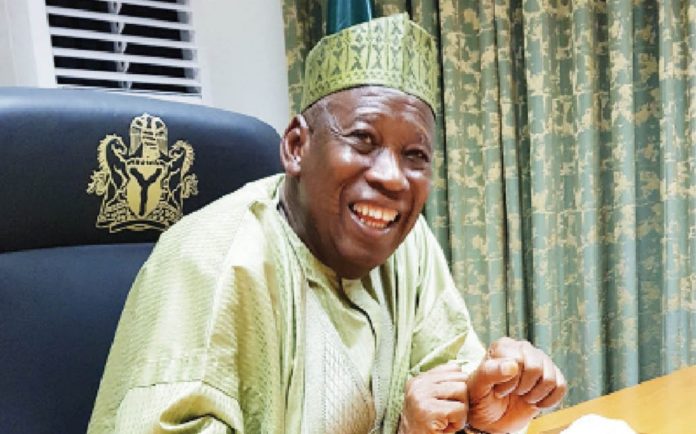 The Watari irrigation scheme is situated downstream of the Watari dam, largely located in Bagwai local government area, and has potential for cultivation of rice and several irrigated crops.

“Apart from the renovation of the dam, which has been badly affected by atmospheric and other variables, our project intends to create additional 1, 000 hectares of irrigation land in the downstream of the dam”, he added.

“This will serve as solution to the problem of food security faced by rural farmers, ensure effective use of the dam and promote climate-smart irrigation. It also has a great potential to create more rural jobs”.

Malam Ibrahim said the project belongs to all citizens of Kano and expanding such investment must be cherished, because of its envisaged impact on the state’s economy.

In his remarks, the Managing Director, Kano Agricultural and Rural Development Authority, KNARDA, Alh. Ibrahim Sulaiman Dan’Isle, assured that all bidding and award of contracts by KSAPD would be as transparent as possible, in line with global best practices.

He said that emphasis would be placed on ensuring value for money in the award of the repair works on the Watari Irrigation scheme, saying “it is very important for the state and particularly for us, being the only irrigation scheme managed by KNARDA. Rice, tomato, pepper and other farm produce are cultivated under this scheme”.

On his part, the Chairman of the Bid Opening Committee and State Chairman, Nigerian Society of Engineers, Engr. Dayyabu Tijjani stated that the bid opening procedure was a clear testimony of the transparent nature of KSADP, hoping the spirit would remain alive.

“Eventually, only one company will get the contract but I want to urge all bidders  to be optimistic since there are multiple opportunities for contracts under the KSADP”, he stressed.