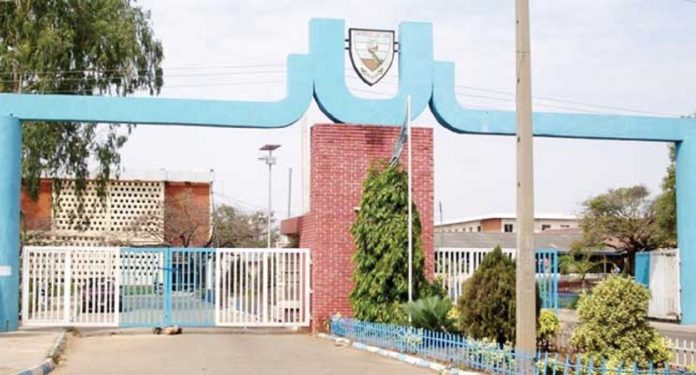 Police operatives in Jos, Plateau State capital said they have arrested some suspected kidnappers and rescued their victims following attack inside the University of Jos, Senior Staff Quarters.

The command in a statement signed on Sunday by its spokesperson, Ubah Ogaba, said the arrest was made following a distress call that a lecturer has been shot and his six-year-old kidnapped.

“On 16/5/2020 at about 0030hrs, the Command received a distress call at road 6, University Senior staff quarters Jos, where some hoodlums entered the house of one Dr Nandi Drenkat, a lecturer with the University of Jos where he was shot and his six-year-old daughter was kidnapped.

“Immediately the Command received the information, on the same date at about 0530 hours, a combined team of conventional policemen, mobile men, operatives from the anti-kidnapping unit, vigilante group and hunters were deployed to the hilly areas where the kidnapped victim was suspected to have been kept.

“The scene was thoroughly combed and in the process, the kidnappers were sighted on the hill and there was a gun duel between the operatives and the kidnappers,” the statement read in part.

The police spokesperson added that during the gun-duel, one of the kidnappers identified as Ali Mohammed was shot on his right leg and arrested with one AK 47 rifle with breach Number 1984/AP 0240, 29 rounds of live ammunition was also recovered from him.

Other suspects fled with injuries but a kidnap victim identified as Chiboze Joseph was rescued.

Ogaba in the statement revealed that the lecturer’s six-year-old daughter, Joanna Drenkat, was rescued by a team of operatives on the same day at Babale mountain, Jos North Local Government Area (LGA).

On interrogation, the suspect confessed to the crime and the case is said to be under investigation and will be charged to court as soon as possible.

The Commissioner of Police in the state is, therefore, soliciting for useful information from members of the public to aid in the arrest of the fleeing suspects while a manhunt continues.