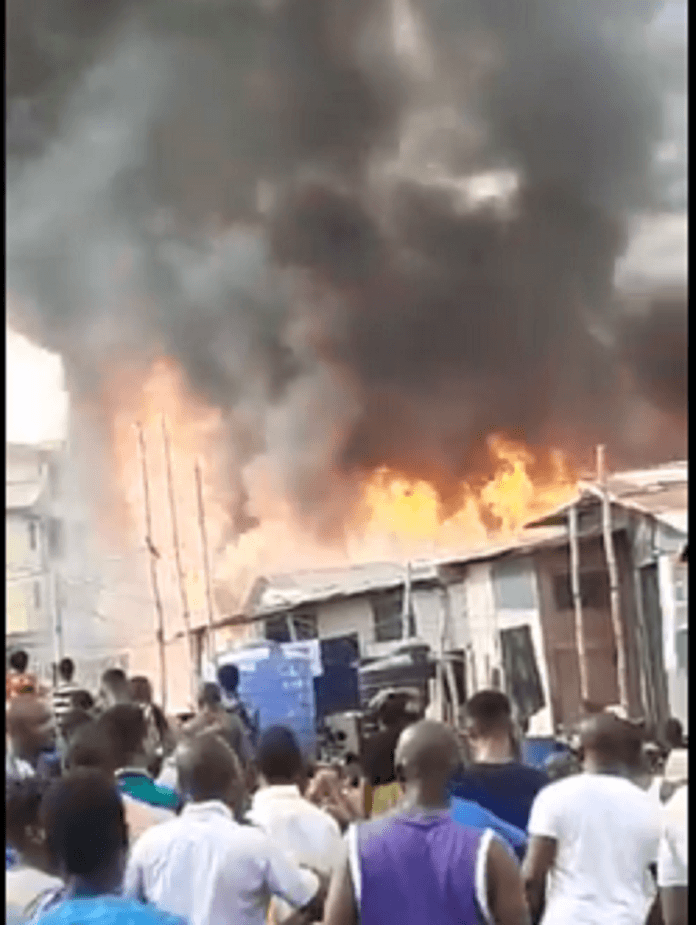 It was another sad Sunday afternoon for some Lagosians living in Agboju, close to FESTAC, Amuwo Odofin Local Government, Lagos State as there was a fire outbreak that ravaged some buildings.

This is coming one week after the Abule-Ado explosion that killed 23 and displaced over 500 people.

**Details of the cause of the fire outbreak and casualties will be reported soon.

**  Meanwhile, below is a video of the fire scene shared by a twitter user.

– Just In: Another Fire outbreak in Agboju, close to Festac, Lagos.