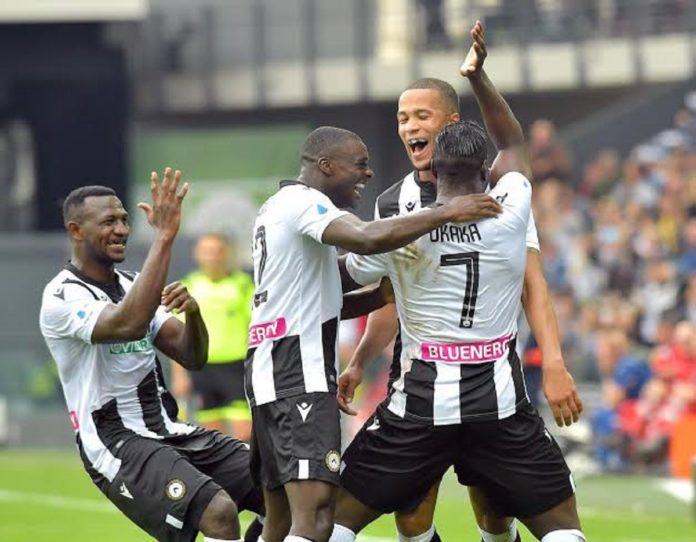 Super Eagles’ defender William Troost-Ekong played a vital role for Udinese as they beat visiting Sassuolo 3-0 to maintain their winning run in the Italian Serie A on Sunday.

The News Agency of Nigeria (NAN) reports that Troost-Ekong was a pillar in Udinese’s defence.

He made some vital tackles to ensure his team kept a clean sheet in the game played at Stadio Friuli.

The game was also his 17th league appearance for Udinese in the league this season.

Udinese are now ninth on 24 points and are five points away from the Europa League qualification spot.