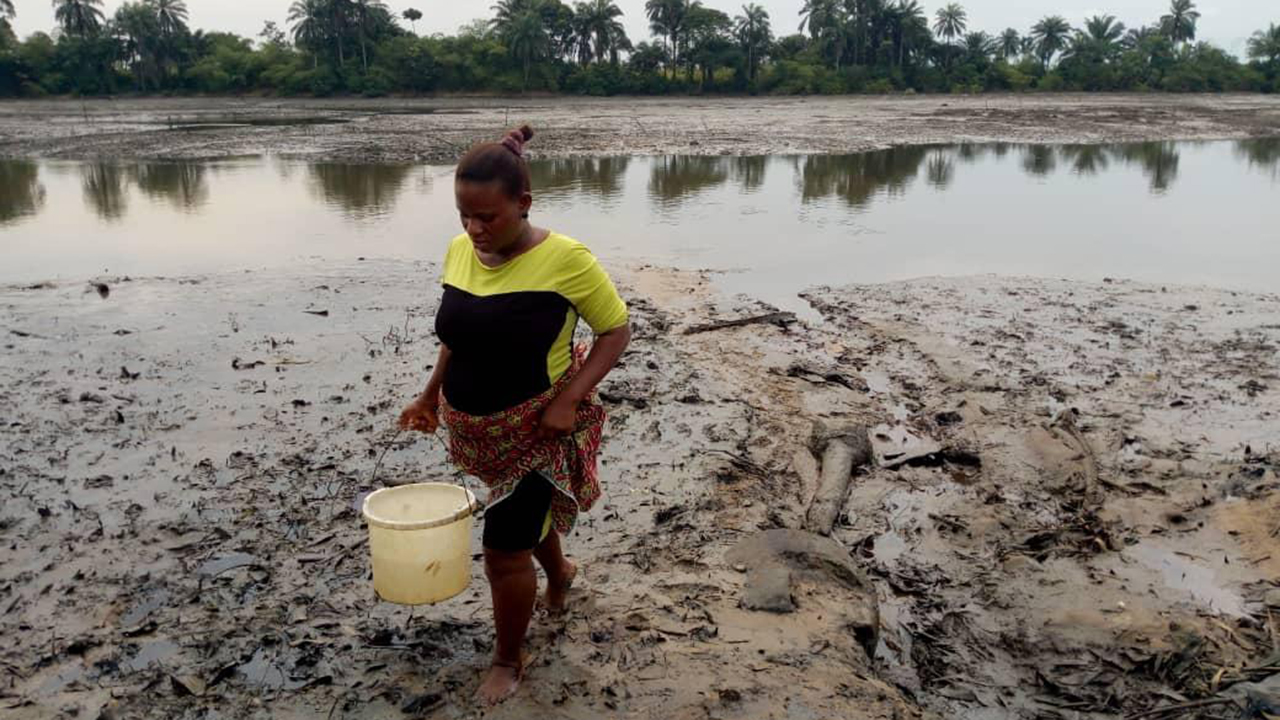 There is a common trait that characterizes the Ogoni people in Nigeria – they are a very determined people and can be committed to what they choose to do. And so, when in 1993, led by the late Ken Saro-Wiwa, they chose to confront an oil giant, the Nigerian subsidiary of Royal Dutch Shell Plc, that was to be a fight between a mighty multinational with enormous powers and influence in Nigeria and a determined people, the Ogoni people.

Fundamentally, the Ogoni struggle was to protect the people against abuses that threatened their very existence. It tuned bloody when the Nigerian authorities with the support of Shell chose to repress the group and possibly extinguish their voice for freedom. But they cried the more.

Nigeria then opted for the unthinkable – framed up the leaders of the Movement for the Survival of the Ogoni People (MOSOP) and on November 10, 1995, nine innocent Ogonis including Ken Saro-Wiwa were hanged in Port Harcourt. This was to be followed by heavy repression and a deliberate state policy to exterminate the Ogoni people..

The experiences of the Ogoni especially under various Nigerian military regimes are well known. However, what many may not be so familiar with is the state of the resistance today. The government has launched a cleanup programme embellished with deception. The Ogoni cleanup today represents a major corruption channel where billions of Naira are being looted by the programme managers.

Whereas the UNEP report on Ogoni recommended the provision of water as an emergency, the Ogoni people still drink poison as water. The cleanup managers have also never bothered about how they were going to manage and treat the contaminated soil. The project has now become a coverup and not a cleanup.

Shell was forced to pull out of Ogoni in early 1993 following increasing public protests against the company. Since then, oil production has seized for the larger Ogoni society but continues in some areas like Afam/Lekuma in Oyigbo local government area of Rivers State. The pressure from Shell through its joint venture partners has continued to challenge and threaten the peace of Ogoni as Shell pushes for a re-entry through the use of military force.

It is a national shame that while over 4,000 persons have been killed and an estimated 200 die weekly from organ failures and strange sicknesses, Nigeria could contemplate the commencement of oil drilling in Ogoni. Most ridiculous is that the advocates of oil resumption today are not different from whom they were  25years ago, Some of them are just the same persons who provided the intelligence for Major Paul Okuntimo and aided the Ogoni massacre of the 1990s.

“It is saddening that someone as peter medee is fighting to lead Ogoni. At the peak of Ogoni repression, he was a Shell spy police officer and used the guise of his Ogoni citizenship to do dirty, covert jobs against Ogoni for his employers. Reports available to MOSOP showed that his filed spy intelligence and surveillance reports informed Shell’s sponsorship of the invasion of Ogoni by combined forces of Nigerian soldiers and Andoniattackers in which scores of children, women and elderly natives of Ogoni coastal communities including Kaa, Eeken, Yaghaba and Kpean were slaughtered innocently and in cold blood.And the Ogoni people cannot forget this bestial incident in a hurry”

The Nigerian authorities have tacitly unleashed terror on Ogoni, prosecuting a genocidal plot on the people. While Ogoni wants a peaceful settlement of the conflicts to usher in an era of mutual benefits, Nigeria will prefer a repressive approach that will take all of Ogoni’s resources, distributing them to the rest of Nigeria and leaving Ogoni to die.

But Nigeria must understand that it will someday account for the Ogoni killings just as Shell will equally be called to question on the same subject. The current push for oil resumption is prosecuting the hatred against Ogoni and a sure way to further kill the Ogoni people whose position remains that our Ogoniland cannot support any form of oil mining at this time. Without mincing words, I can say that any attempt to resume oil production in Ogoni is only a continuation of the war on Ogoni and will be a deliberate attempt to exterminate the Ogoni population which had been the intention of Shell.

I am confident the Ogoni people will protest every move to resume oil production and seriously worry that the government’s response, as previously experienced, will be to deploy soldiers to shoot and kill the protestors.

The appropriate thing to do therefore is not to contemplate oil resumption in Ogoni until such a time the Ogoni environment can support oil mining without issues.

The immediate response of government to the Ogoni situation following the resilience of the Ogoni people against Shells was to gradually withdraw Police security from the Ogoni people By 2013, Khana local government area, Ogoni’s largest council area had just one Police patrol van attached to the divisional Police Station and about 120 police officers out of which about 40 were assigned to private individuals leaving the remaining residents, estimated at over 450,000 with 80 police officers. This, coupled with political thuggery after Nigeria’s return to civilian rule in 1999 opened up a new challenge which snowballed into a security challenge and a dramatic call by some Ogonis for military intervention to arrest the increasing insecurity in Ogoni.

The inability of the Police to secure Ogoni has seriously increased the level of insecurity in the area. Government seem to have devised these means to justify military operations which has targeted the Ogoni resistance rather than dealing with the political thuggery and sponsors of gangsters in Ogoni. During every election, the rate of insecurity heightens. After the elections, the patrons who sponsored the violence will return to call for amnesty for their political foot soldiers. It eventually become a vicious circle and will so remain until the government targets the sponsors of violence and not just giving amnesty and encouraging crime.

Following the recommendations of the U.N fact finding mission to Ogoni, the Nigerian Government under President Olusegun Obasanjo commissioned an assessment of the Ogoni environment. The report implementation has come to be commonly referred to as the UNEP report on Ogoni.

Unfortunately, the exercise has been plagued with inefficiency and official corruption. For instance, while the report recommended the provision of portable water for the Ogoni communities, the government failed to provide the people with alternative sources of drinkable water. Secondly, the remediation process does not make room for compensation for livelihoods lost to oil spills. Can there truly be a remediation in devastated Ogoni without making provision for water supply and compensating the people for their losses? The government will however not want anyone speak about these anomalies.

The solution will be to investigate the corruption in HYPREP, re-constituting the governing structures of HYPREP and building the confidence of the Ogoni people in the process by diligently adhering to the recommendations of the UNEP report.

Ogoni expects a negotiation with all parties to the conflict to guarantee its future and respect for the basic rights of the people. In line with the provisions of the Ogoni Bill of Rights, MOSOP has proposed the creation of an Ogoni state in Nigeria to cater for the needs of the Ogoni people and to address the issues of environmental cleanup, infrastructural decay, housing, health, job creation, security, education, cultural development and all other aspects of Ogoni development.

If the Nigerian government will accept the Ogoni proposals, it will pave way for the resolution of this very costly and protracted problem and lead to the emergence of a new relationship between the Ogoni people and the government But certainly, Shell will never be an acceptable company to return to Ogoniland. Any contemplation of Shell’s possible return to Ogoni will be to prolong the conflict and inflict greater pain on Ogoni just as any attempt to forcefully resume oil production in the area without negotiations will do. It will be appropriate therefore to disregard current efforts from indigenous or non-indigenous firms to resume oil production in Ogoni. Ogoni lives are important and they must be protected by our government

Fegalo Nsuke is president of the Movement for the Survival of the Ogoni People (MOSOP). He wrote from Port Harcourt. He can be reached via Email:l:nsuke.fegalo@gmail.com