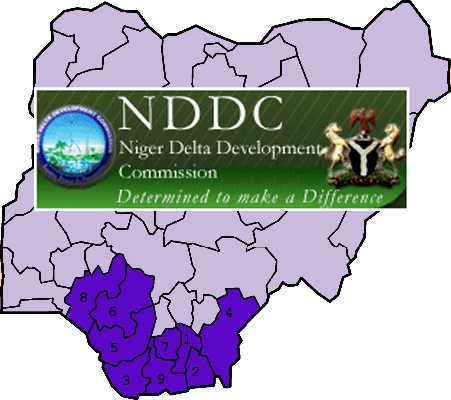 A pressure group, the Niger Delta People Confederation, has urged President Muhammadu Buhari to direct the Board of the Niger Delta Development Commission (NDDC), recently cleared by the Senate to take charge of the Commission without further delay.

The group also hailed the House of Representatives’ resolution directing the Minister of Niger Delta Affairs, Godswill Akpabio, to immediately dissolve the three-man interim Committee of the Ministry.

This was contained in a statement endorsed by the Coordinator-General and Secretary-General of the group. Iyamu Osaro Culture and Ovie Kenneth respectively.

They charged the new NDDC Board to commence rapid infrastructural and human development in the region.

Recall that the House of Representatives had on Wednesday resolved to halt further consideration of the 2020 budget of Ministry of Niger Delta Affairs over the appointment of an interim Committee to manage the affairs of the Niger Delta Development Commission (NDDC).

The lower legislative chamber also urged the Senate to stop further action on the ministry’s budget over the “illegal appointment.”

The statement said: “We wish to unequivocally state that we are in support of the position of the House of Representatives urging the Minister of Niger Delta Affairs to immediately dissolve his illegal 3-man interim Committee, otherwise, the House and Senate will not hesitate to discontinue with the 2020 appropriation and budget process of the Ministry of Niger Delta Affairs.

“We want to urge President Buhari to use his power to direct the new NDDC Board Members to immediately take charge of NDDC, in view to commencing rapid infrastructural and human development in our Region.”