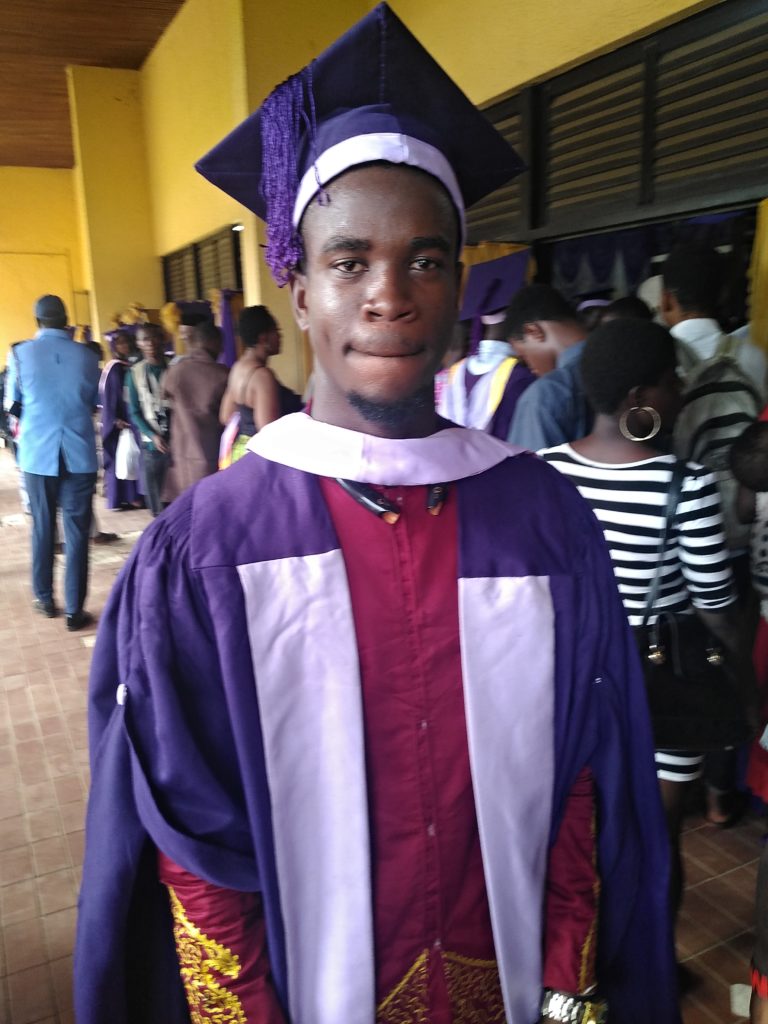 A 23-year-old son of a retired civil servant, Goodness Aimieghemen, has emerged best graduating student of the University of Benin (UNIBEN), in the 2017/2018 academic session.

Aimieghemen who also carted home six laurels at the 45th Convocation Ceremony of the University held on Thursday was rewarded with the sum of N230, 000.

Earlier while addressing the graduands, the Vice Chancellor of UNIBEN, Prof. Faraday Orumwense, recalled the giant strides the institution in the past five years.

He disclosed that a total of 80 inaugural lectures were delivered, in addition to six eminent lecture series since he became the helmsman of the institution in December 2014.

He also said that the University under his watch, made exploits in area of research and learning, including staff welfare and relative peace in the campuses.

According to him, “It is also to the credit of this administration that the three years of promotion gap of staff has been approved in place of the long-standing four years gap.”

Police arrests Okowa’s Aide, 9 others over an alleged attempted assassination of a businessman in Delta