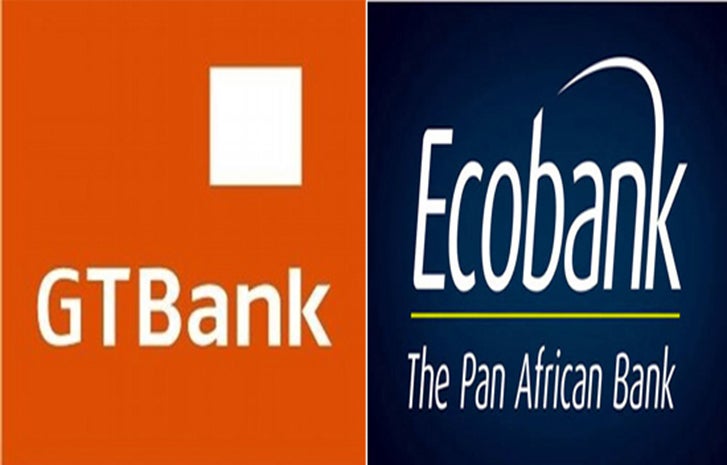 To further promote a cash-less economy and enhance the collection of applicable government revenues, the Central Bank of Nigeria last Tuesday, announced a review of the process for merchant settlement.

With effect from September 17, 2019, the CBN approved for banks to unbundle merchant settlement amounts and charge applicable taxes and duties on individual transactions as stipulated by regulations.

The CBN, in a circular to all deposit money bank also announced the commencement of charges on deposits in addition to already existing charges on withdrawals.

The statement, however, disclosed that the charge on deposits shall apply in Lagos, Ogun, Kano, Abia, Anambra, and Rivers States as well as the Federal Capital Territory, while the implementation of the cash-less policy would take effect from March 31, 2020 nationwide.

To Olusegun Aremu, father of Miss Mary Taiwo, this directive by the CBN is akin to a double jeopardy of rubbing salt to a fresh wound. Their recent experience with internet transaction with Guaranty Trust Bank, GTB is still haunting the memory of both father and daughter.

While Taiwo was looking forward to her admission at a Federal University in one the states in the South West, her father, had deposited N250, 000 in her savings account with GTB domiciled at Ikotun-Egbe, Lagos State, to take care of necessary admission/resumption formalities.

While Taiwo was waiting for her admission letter, she did not anticipate that tragedy was also lurking in the corner. Precisely on Saturday, 20th of July, 2019, she received a text message supposedly from the bank on her phone to “upgrade some information on her account.” She innocently obliged and that was the genesis of nightmare for the family. Within 18 hours, the entire N250, 000 in the account was transferred to various accounts.

A statement of account she obtained from the bank showed that on 20th July, the sum of N80, 000 was yanked off the account via POS/WEB Purchase Transaction 766634-134659-CASABELLA INTERNATIONAL. The next day, 21st July, there was an NIBSS Instant Payment of N5, 000 Outward to a First Bank of Nigeria, FBN Leramo AKinwumi Olamide. This was followed immediately of another N5, 000 to the same account.

The third transaction of the day was a double transfer of N50, 000 each NIBSS Instant Payment Outward to UBA/ Agbokun Ayoka. This was followed by another transfer of N20, 000; and N10, 000 respectively to the same UBA account of Agbokun Ayoka.

The last tranche of the fraud was a USSD transfer of N20, 000 to Amuokuyo Success Imengowen, leaving a paltry N2, 500 in the account before the girl actually realized what had hit her.

The girl and the family are yet to get over the trauma as the resumption time at the school draws closer. Her complaint at the bank merely received an email sympathizing with her and claiming the account will from now be put on extra security.

“You can see that the announcement by the CBN last Tuesday is just nothing but a sham. How can you say you are encouraging cashless banking when the process is riddled with fraud and scams?” Taiwo’s father told our correspondent last week.

Taiwo’s case is similar to the case of a Pastor in Sango-Ota, Ogun State, who lost about N180, 000 in his account with Polaris Bank in the same manner as Taiwo’s.

The case of a young man whose $5,000 was sniffed in his account with a first generation bank in Ikorodu, Lagos State was not less dramatic.

It actually took an invasion of the bank by hired thugs from the young man, which disrupted the operations in the bank before the scam was reversed.

Early this year, the Economic and Financial Crimes Commission, Ibadan Zonal Office, has arrested one Kehinde Agbabiaka, a sales agent with Fidelity Bank Plc, for allegedly diverting N137m belonging to a customer to personal use.

Agbabiaka was supported in the fraudulent act by his bank’s Regional Security Officer and Cluster Control and Compliance Manager.

According to a petition filed against him on August 20, 2019 by the client, Agbabiaka committed the offence between January 2017 and July 2019 when he was the account officer of the victim.

Trouble, however, started when the customer reviewed his statement of account and discovered some discrepancies.

When EFCC investigators stepped into the case after the agency was petitioned, it was revealed that Agbabiaka had used the diverted sum to build houses, purchase cars, invest in fixed deposits and insurance policies.

In the case of Ademola Taiwo, a Police officer, thirty three thousand naira got missing from her Eco Bank account between the 2nd and 16th September, 2019.

According to Ademola’s statement of account obtained from the bank, a particular MTN mobile phone number (08032942510) was used to siphon the money. Ademola explained that she has been using the account for the past 10 years and has been receiving transaction alerts through her mobile phone line.

She added that few weeks ago, the bank stopped sending her alerts and within two weeks that she could not access her account through her mobile phone, N33, 000 was yanked off her account. On approaching the bank, Ademola could not believe what she heard as the Eco bank officials could not explain why she has to lose such amount of money from her bank account.

The rising fraud incidences, investigation revealed, could be attributed to the increase in the sophistication of fraud related techniques such as hacking, cybercrime as well as increase in I.T related products and usage, fraudulent withdrawals and unauthorised credit.

The channels and instruments through which the reported frauds and forgeries were perpetrated indicated that Internet and technology-based sources of fraud had the highest frequency, accounting for 59.2% of fraud cases and 42.83% of the actual total loss suffered.

This was followed by Officers and Executive Assistants’ cadre with 206 or 22.91%. Supervisors and Managers accounted for 119 or 13.24% of the total fraud cases.

Other Legs of Fraud

Not a few Nigerians also believe that the Card Maintenance Fee charged by banks is fraud in another name. In the first six months of this year alone, 13 banks raked in 39.5 billion naira from the exercise.

There are currently 27 banks in Nigeria with government licenses, harbouring 112,005,516 accounts as at 31st December, 2018 through recent drive to enhance financial inclusion as well as other social welfare schemes.

As at December 2018, Nigeria’s Total Deposits was reported at 28.7 trillion naira out of which FUGAZ (which is an acronym for FBNH, UBA, GT Bank, Access Bank and Zenith Bank) now have a cumulative total customer deposit of N14.1 trillion.

The number of temporary staff involved in fraud and forgery cases had consistently been on the increase. Forensic and security experts agree that the banks and regulators need to address the problem of contract/temporary staff in terms of welfare and permanent employment in view of the risk their current status poses to banks operations.

Furthermore, they advise that banks should strengthen their internal controls and validate their recruitment process.

Long Arm of the Law

The Failed Banks (Recovery of Debts) and Financial Malpractices in Banks Act1994;The Banks and other Financial Institutions Act 1991; and

Despite Nigerian banks’ huge investment on technology, it is alarming that most banks are still very vulnerable to attacks and financial frauds. None of the banks is ready to admit that customers’ money in their custody is not safe. When confronted by our team on what their banks are doing to secure their customers savings, they tried to dodge the question either by out rightly failed to pick calls or respond to messages sent to their phones.

Some of them also do not want to be quoted claiming that there are “fraudsters everywhere and no matter how hard bankers tried, criminals will always find a way to perpetuate financial crimes”.

For instance, Idoko Negedu who is said to be the Head of Media in Guaranty Trust, after series of failed attempts to seek his views finally agreed to meet NGIJ team last Friday.

However, when the team got to his Lagos Island office, he claimed he is not willing to meet more than one person who had earlier called to schedule the appointment with him. All efforts to convince him that two others are members of the team on the assignment, proved abortive as he maintained that he was not willing to grant media interviews, claiming he is not the spokesman of the bank.

Idoko who wears an apparently arrogant look, frowned at some of the questions posed to him, claiming that the journalists “seem to be interested in publishing the report rather than cooperating with the bank.”

However, a top official of Ecobank who would not like his name to be mentioned stated that “technology is evolving and as the banks device new technology so also the criminals create new ways to beat it”. The Ecobank official told NGIJ team that “I’m surprise to hear that two people can be receiving alerts from a single account.”