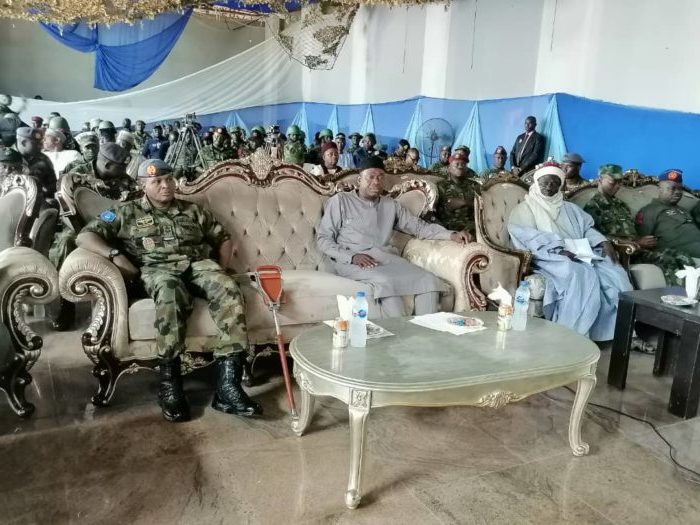 Air Marshall Sadiq Abubakar, the Chief of Air Staff, who stated this in Minna after the exercise tagged, “Baban Naushi, said the integration would combat banditry and terrorism.

He added that the exercise was part of efforts by NAF to find lasting solutions to a number of security challenges facing the nation.

“This simulation exercise is one of the exercises the NAF have put together in order to build the required capability to integrate air and ground operations.

“Ultimately, our desire is to perfect what we are doing here and to extend it to other sister services particularly the Nigeria army to come and see how we can work together in order to deal with the problems facing our country,” he said.

The Chief of Air Staff said that air power was important in combating terrorism in military operations.

“Airpower has continued to play a critical role in dealing with security challenges and therefore we are happy that we have a number of assets here,” he said.

He further said that the force was restructuring to be more effective and efficient.

“There is no way you can be efficient and effective if you do not analyze the way you do things and your processes.

“I believe at the end of the exercise, we should be able to identify gaps if there are and try to see how we can fine-tune our tactics, our operations, our doctrines in such a way that it will be more effective to support ground operations,” he said.

Abubakar said that the exercise has enabled them to see how the air projection elements of the airforce fit in terrorism operation.

He said that more stimulation operations would be carried out in other parts of the country.

Gov. Abubakar Bello of Niger lauded the exercise and said that the NAF would be able to respond to any security challenge.

“The exercise met my expectations. We are proud of the NAF.

Bello, who was represented by Alhaji Ahmed Matane, Secretary to the State Government, pointed out that the state was facing a lot of security challenges in some Local Government Areas.

He expressed optimism that the air operations of the NAF would go a long way in ending such security challenges.

The governor appealed to the Chief of Air Staff to allow his personnel to support the joint task force team set up by the state government to combat insecurity in the troubled areas of the state.