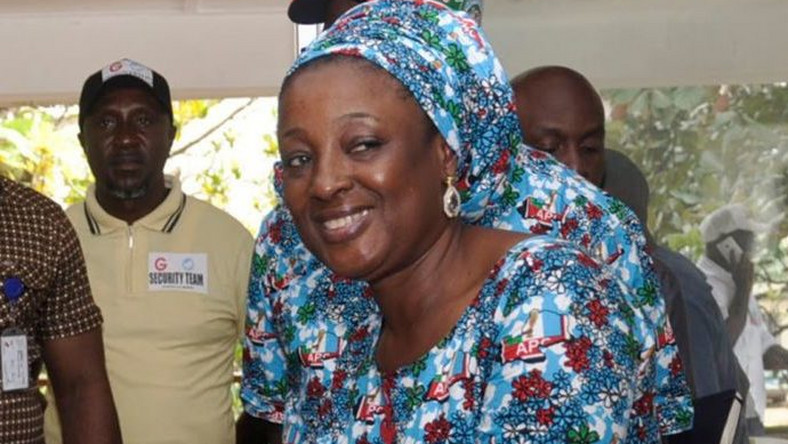 Wife of Edo state Governor, Mrs. Betsy Obaseki, has warned against neglecting women during the forthcoming governorship elections in the state.

This is even as she advised that women should be given special consideration when picking names for political appointments, by not imposing their representatives on them.

She gave the warning on Friday, in Benin, while speaking at the 2019 Edo Women Summit, which forms part of activities marking the 3rd anniversary of Governor Godwin Obaseki in office.

Women groups from the 18 Local Government Areas of the state were present at the summit with the theme: “Delivering to our People: The Next Level.”

She advised the governor to create women wing of his campaign for his reelection, come next year.

Mrs. Obaseki who said that women constitute about 50 per cent of the voters in the state, added that “women are the ones who wait behind to protect their votes after election.”

While encouraging the various women groups to work hard to ensure the return of Godwin Obaseki as governor of the state next year, the Edo First Lady said that the state has “produced one of the best performing governors” in her husband.

Earlier in her speech, the State Commissioner for Social Development and Gender Issues, Mrs. Maria Omozele Edeko, urged women in the State to lead the fight for a second term bid for Governor Obaseki.

She called on those fighting against the reelection of Governor Obaseki to allow the people to choose who govern them.

“It is the people that should determine who they want to go into social contract with. Women should lead the fight for a second term of Obaseki.

“When there is peace and prosperity, the women are better off. We all as a people must support his Excellency to continue his governance without any disturbance.

“I call on all women to give the greatest support to his Excellency in the struggle for a second term. No matter the money that may be given to you by those that want to steal our common patrimony, we must resist this evil and stand by the government of his Excellency Mr. Godwin Nogheghase Obaseki.

“The salvation of women, children, the elderly, persons living with Disabilities and the entire people of Edo State lies in the survival of the administration of Obaseki. Take it as a fight for your survival and that of your children. Fight for it because you believe in it. It is an issue of principles and values,” Edeko said.