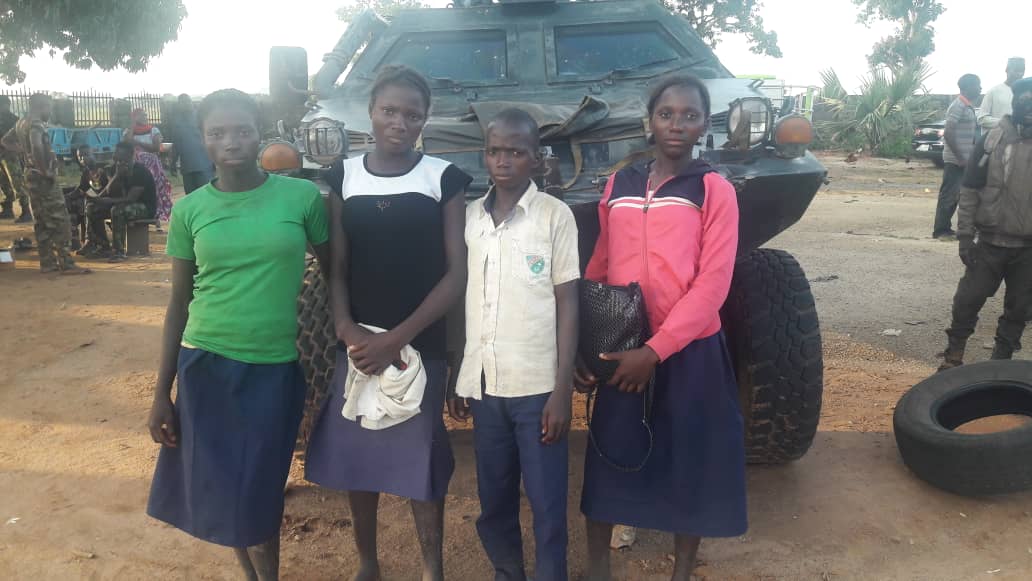 Troops of Operation Thunder Strike have rescued the remaining four students of Government Day Secondary School Gwagwada in Chikun Local Government Area of Kaduna State, who were abducted on their way to school on Oct. 10.

The Deputy Director Army Public Relations Officer,1 Division Nigerian Army Kaduna, Col Ezindu Idimah told the News Agency of Nigeria (NAN) on Monday night that the students have been handed over to their joyful parents at Gurmi village.

NAN recalls that bandits terrorizing Kaduna/Abuja highway on  October 10, abducted 10 students of the school while on their way to school.

However, the quick intervention of troops led to the immediate rescue of six out of the 10 students while the bandits escaped into the forest with the four.

“On Monday October 14,  at about 6 am, following a tip off from a reliable source, troops raided the hideout of the bandits and successfully rescued the remaining 4 students without any injury,” Idima said.

According to him, during the rescue operation, the bandits ran into the bush with gunshot wounds while abandoning the students after they had engaged the troops in a gun duel.

The spokesman said the General Officer Commanding 1Division, Maj.-Gen. Faruk Yahaya has hailed the performance of troops and reiterated the commitment of the Division in bringing about peace and tranquility to its area of responsibility.

He assured that despite the toughness of the tasks, the nation should count on the loyalty and commitment of officers and soldiers to deliver.