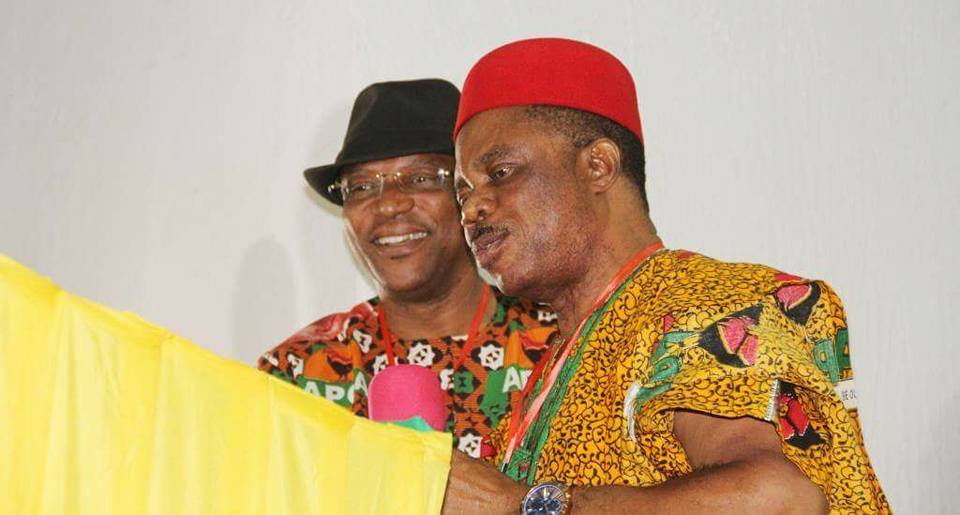 Following the revelation last week that a division of the Court of Appeal is to open soon in Awka, the Anambra State capital,stakeholders have been commending both Court of Appeal President Zainab Adamu Bulkachuwa and the state government for  their preeminent roles in bringing the appellate court nearer to the people.

Both legal professionals and others have spoken to journalists in praise of the move, noting that the state ought to have been established in the state capital much earlier than now because, as Governor Willie Obiano has stated “over 70% of the cases at the Enugu Division of the Court of Appeal originate from Anambra State”.

The governor last December set up a  five-person committee headed Dr Onyechi Ikpeazu, a Senior Advocate of Nigeria, to work for the creation of the appellate court.   Mrs Patricia Igwebuike, the Special Adviser to the State Government on Legal Matters, as secretary, and the other committee members are Justice Anthony Iguh, formerly of the Supreme Court; Dr Uju Nwogu, the state Attorney General and Commissioner for Justice; and Mr Emeka Etiaba, a Senior Advocate of Nigeria.

“The presence of the appellate court in our state will save our people the cost of having to travel to Enugu frequently in large numbers to obtain justice”, said Daniel Ewelum, a Senior Advocate of Nigeria based in Kaduna but hails from Anambra State.

“It will also reduce the time of obtaining justice and the huge fees paid legal practitioners for their services”.

Chudi Onyiuke, a former chairman of the Nigerian Bar Association in Onitsha, noted, “the governor could not have assembled a better crack team to bring justice nearer home to our people. I know every member of the team, and they are a winning team any day anywhere.

To both Chief Emmanuel Egbunonu and Mr Ejike Ezenwa, who practise in the state, the decision to establish a division of the appeal court in Awka came rather fast because of the calibre of people on the committee.

“There is an important lesson in all this for all Nigerian people”, Chief Egbunonu stated. “There is no replacement for meritocracy if Nigeria is to leapfrog in developmental terms”.

Mr Ezenwa concurred: “Meritocracy, which Governor Obiano has made a way of life in the state, “is the way to go”.

Frank Ndu Ndibe, a leading Lagos-based practitioner told reporters that “The Honourable Justice Bulkachuwa is one jurist reputed for a powerful sense of justice and is committed to service delivery. We are by no means surprised that she did the right thing in rather record time”.

Amaka Ezeno, a lawyer in Anambra State who has travelled on the messy Onitsha-Enugu Road on  countless occasions to appear before the appellate court in Enugu, expressed gratitude to governor Obiano “for going beyond the call of duty to achieve this wonderful goal for our people”.

This morning, the chairman of the Anambra South Traditional Rulers Council, Igwe Emmanuel Nnabuife, an engineer who is also the traditional ruler of Isseke in Ihiala Local Government Area, sent a congratulatory message to Governor Obiano on the approval for the appellate court in the state,describing him as “a man of foresight and commitment”.

The letter signing the approval for the Appeal Court in Awka was signed by the Court of Appeal president who gave five conditions before the court could start, and the conditions include a court hall and residences for five justices.

“We have already more than met the conditions”, according to the Attorney and Commissioner for Justice, Dr Nwogu.

“For instance, the former Customary Court of Appeal building in Awka can serve as the administrative building, complete with chambers for five justices”.

Collaborating Dr Nwogu’s statement, the Special Adviser on Legal Matters revealed that five elegant storey buildings in an upscale estate in Awka have been secured as living accommodations for the justices.

Mrs Igwebuike added that there are enough offices to serve as administrative and accounting units as well as a registry.

“There are also sufficient accommodations for the staff for the takeoff of the Court of Appeal”, she assured.