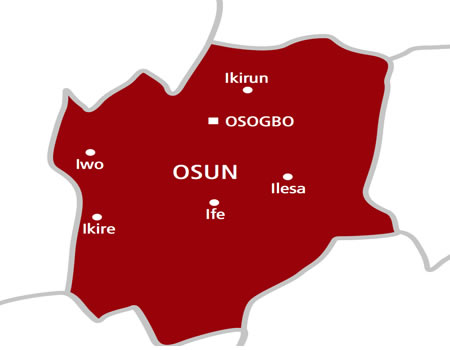 Let me start by confessing that recent events in Nigeria have not only shamed my trust, they have also shown how complicated we are as a people.

In 2015, Muhammadu Buhari swore to “serve as president to all Nigerians” and uphold the Rule of Law. He promised to “belong to everybody” and “belong to nobody” even as he vowed to scrap the ‘Office of the First Lady.’ Well, whether or not the president has kept faith with these promises depends on which side of the rung one pitches interest!

Let us come back to Osun, where Gboyega Oyetola has finally unveiled his cabinet. All things considered, that the appointees are outshining one another in ‘Owambe’ celebratory mood is understandable. But then, if challenges can happen at the level of the Federal Government, it will be hilariously weird to expect less from Osun. So, enough of these ‘Kpalongo’ party so that the commissioners can appreciate the enormity of their responsibilities. At this crucial time, Osun covets stakeholders, who are endowed with “the knowledge of witty inventions”, to man critical sectors of the state’s affairs, not just ‘business-as-usual politraders, masters at showing nothing for using the taxpayers’ money.

I have once argued that this administration should start ‘walking the talk’ because the opposition has not surrendered its mandate of looking for Oyetola’s frailty – as human; and likely failings – as Osun governor. Let me quickly add that those who may be telling the governor that the road to 2022 is not laced with thistles and thorns are not only fanning the flames of mischief, they are also warming the corpse of hatred for the administration. So, he must run away from such people and their prescriptions! Not even now that stones have lost their ‘potency’ when exercising a franchise is called to bear. But, didn’t these stones ‘disappoint’ us in 1979 and 1983? So, it’s time ‘the governor’s men’ sat up with a view to prioritizing clear-cut policy guidelines that can help revive the state’s economy, which, at the moment, is hurting. As Oba Rilwan Akiolu once remarked, ‘there is no patriotism on an empty stomach!’

Again, the importance of Agriculture in an agrarian community like ours cannot be overemphasized. Nonetheless, what is manifestly clear is that, this time, we are not looking for a mere change in nomenclature of already-known activities of Ministries and Parastatals, resulting in motion without movement. Of course, we have had enough of such! What we need now is a pragmatic and functional change, which does not reside in just calling our peasant farmers to go back to farm to start using the hoes and the cutlasses which their forebears used but the application of a smooth and efficient modern technology. This is where our youth can be engaged, look at issues with fresher eyes and pioneer new innovations. It is a shame that Osun cannot feed itself but looks up-North for succour. It is also a shame that a ‘Mudu’ of pepper goes for N800.00 at Alekunwodo Market in Osogbo. If we must make good use of the opportunities that self-rule has bequeathed to us, we must be able to feed our people, and be able to sell to people in other parts of the country! It therefore means that, if we must eat pepper in Osun, we must grow pepper in Osun! Ditto for Agricultural Extension, Animal Husbandry and allied stuffs; and their outputs must mature in two years. Yes, RUGA may not be attractive in this part of the country, if we are able to provide, by ourselves, the needed meat nutrition for our people.

Security in this state remains a big issue! That some Abuja-bound passengers could be kidnapped somewhere in Osun recently, despite government’s efforts at mitigating the challenge, is an indication that the problem is still very much with us. It showed that, while some people may be doing ‘Shaku Shaku’ over appointments that are primarily service-inclined, things are really happening and, unless government is up to the task, these challenges may overwhelm the security operatives. Hence the call for state policing which, in any case, has been over-flogged. Undeniably, the thieves are living among the people but, if the people don’t want thieves to live among them, they are at a vantage position to name and shame them.

Good that Oyetola’s cabinet is heavily populated by professionals and eggheads. However, the beauty of democracy is that eggheads alone may not be enough. The people are needed, because they must buy into the visions of the government for any appreciable progress to be made. Consequently, the governor must find an efficient means of reaching out to the people in order to present the correct and undiluted narratives of government’s activities.

Notwithstanding this government’s efforts at curbing financial recklessness and corruption, transparency and accountability remain big issues! Abandoned Development Projects and Contract works readily comes to mind. Basically, our major challenge is not about a dearth of conceptualisation of projects. The problematic issue is at the level of accountability and transparency in implementation. Since transparency doesn’t come unless it is anchored on the anvil of accountability, what then stops everybody from becoming a whistle-blower? With this, money will not develop wings, issues of abandoned projects will “pass away” and Osun will “become new.”

Lastly, a word for Honourable members of the State House of Assembly: membership of an ‘Oversight Committee’ should not translate into money-making venture. Put differently, the privilege of being selected to perform the statutory functions of an ‘Oversight’ does not mean that Committee members are going to be rich. This political orientation must be discouraged. Otherwise, we will not move forward!

May the Lamb of God, who takes away the sin of the world, grant us peace in Nigeria!