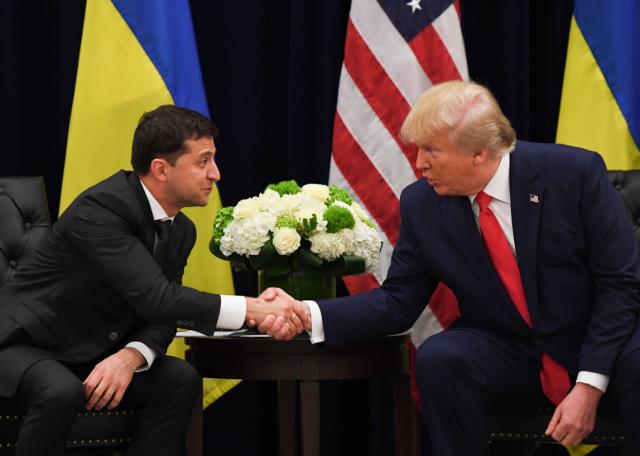 This article, Read the whistleblower’s memo about Trump’s Ukraine call, as described to CBS News, originally appeared on CBSNews.com

Washington — CBS News has learned the full contents of what appears to be a memo written by the whistleblower one day after President Trump spoke with Ukrainian President Volodymyr Zelensky in July.

The memo, dated July 26, is based on a conversation the whistleblower had with an unnamed White House official who listened to the call.

According to a source familiar with the matter, the memo was among the factors that led the intelligence community inspector general to determine the whistleblower’s formal August 12 complaint was credible. The inspector general testified Friday behind closed doors before the three House committee leading the impeachment inquiry.

According to the memo, the White House official described the contents of the call as “crazy,” “frightening” and “completely lacking in substance related to national security.”

The whistleblower said the official was “visibly shaken by what had transpired and seemed keen to inform a trusted colleague within the U.S. national security apparatus about the call.”

The whistleblower’s summary of the White House official’s account of the call largely comports with the call record released by the White House, though some details are missing.

The full text of the memo, as described to CBS News:

The following is a record of a conversation I had this afternoon with a White House official about the telephone call yesterday morning between President Trump and Ukrainian President Volodymyr Zelenskyy. The official who listened to the entirety of the phone call was visibly shaken by what had transpired and seemed keen to inform a trusted colleague within the U.S. national security apparatus about the call. After my call with this official I [redacted] returned to my office, and wrote up my best recollection of what I had heard. The official described the call as “crazy,” “frightening” and “completely lacking in substance related to national security.” The official asserted that the President used the call to persuade Ukrainian authorities to investigate his political rivals, chiefly former Vice President Biden and his son, Hunter. The official stated that there was already a conversation underway with White House lawyers about how to handle the discussion because, in the official’s view, the President had clearly committed a criminal act by urging a foreign power to investigate a U.S. person for the purposes of advancing his own reelection bid in 2020. The phone call lasted approximately half an hour. The two leaders spoke through interpreters. My conversation with the official only lasted a few minutes, and as a result, I only received highlights:

The President asserted that “it all started in Ukraine,” referring to the allegations of foreign interference in the 2016 U.S. presidential election and the subsequent investigation into the Trump campaign’s contact with Russian individualsThe President asked Zelenskyy to locate the “Crowdstrike server” and turn it over to the United States, claiming that Crowdstrike is “a Ukrainian company,” (Note: This appears to be a reference to the DNC server from which Russian hackers stole data and emails that were subsequently leaked in mid-2016; the DNC hired cyber security firm Crowdstrike to do the forensic analysis, which informed the FBI’s investigation. It is not clear what the president was referring to when he claimed Crowdstrike is a Ukrainian company; one of its cofounders was born in Moscow.)The President told Zelenskyy that he would be sending his personal lawyer, former New York Mayor Rudy Giuliani, to Ukraine soon and requested that Zelenskyy meet with him. Zelenskyy reluctantly agreed that, if Giuliani traveled to Ukraine, he would see him.The President raised the case of Burisma Holdings, Hunter Biden’s role in the company, and former Vice President Biden’s role in setting Ukraine policy. The President urged Zelenskyy to [end page 1] investigate the Bidens and stated that Giuliani would discuss this topic further with Zelenskyy during his trip to Kyiv.The President urged Zelenskyy not to fire Ukrainian Prosecutor General Yuriy Lutsenko, who the President claimed was doing a good job. (Note: Lutsenko has spearheaded various politicized investigations, including on Burisma Holdings and alleged “Ukrainian interference” in the 2016 U.S. presidential election. Lutsenko is widely reviled in Ukraine, and Zelenskyy has pledged to fire him but has been unable to secure approval from the legislature.)The President stated that he wanted Attorney General William Barr to speak with Zelenskyy as soon as possible. (Note: It was not clear whether this conversation was to be in reference to Crowdstrike or the investigations of the Bidens.)The President reiterated his concern that Zelenskyy was surrounded by people who were enemies of the President, including “bad oligarchs.”

The President did not raise security assistance. According to the official, Zelenskyy demurred in response to most of the President’s requests. I did not review a transcript or written notes, but the official informed me that they exist.

The standard White House practice for Presidential-level phone calls with world leaders is for the White House Situation Room to produce a word-for-word electronic transcript that memorializes the call. The transcript is typically then circulated to key White House officials to be transformed into a formal memorandum that is distributed as an eyes-only document, to the Secretary of State, Secretary of Defense, and Director of the CIA.In this case, the official told me that such a transcript had indeed been produced and was being treated very sensitively, in hard copy only. Moreover, several additional senior White House officials listened to the entire phone call in an adjacent room in the Situation Room suite and they presumably took written notes on the call.The official did not know whether the President was aware that other people were listening and that the call was being transcribed. The official also was not certain whether anyone else was in the Oval Office with the President during the call.On the Ukrainian side, it is unclear who listened to the call or whether a record was produced.