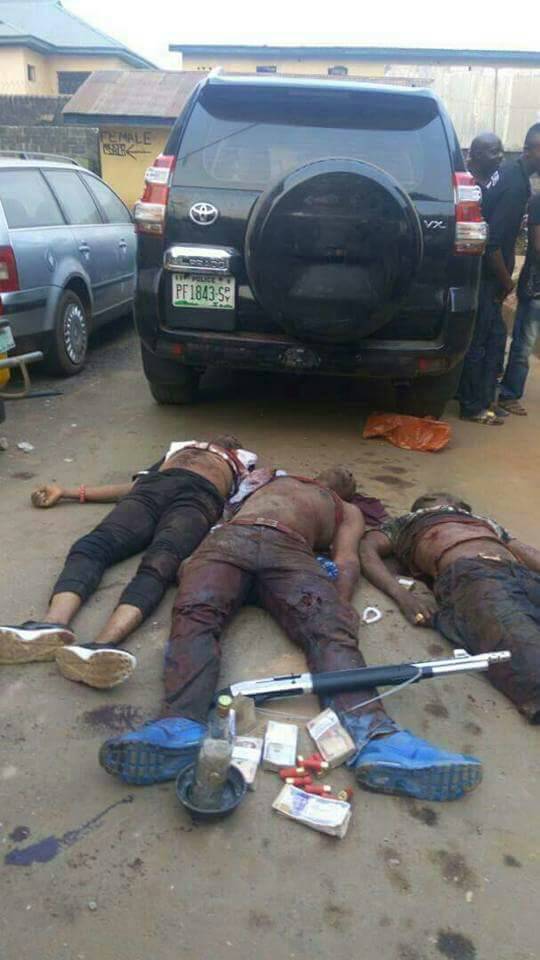 Four suspected kidnappers were on Tuesday killed in a shootout with operarives of the Edo State Police Command.

The dead suspects were said to have laid ambush for the security operatives before they met their waterloo.

It was gathered that two suspected kidnappers who had been arrested by the police through electronic monitoring of their activities, were leading some detectives to their armoury, located in a bush after Ogba River in the outskirts of Benin.

Unknown to the police detectives, members of the gang who were lurking in the area, opened fire on them.

Quick response from the police operatives resulted in the killing of four of the kidnappers, while others who were said to be on standby in a boat fled into the river.

The State Commissioner of Police, Mr. DanMallam Muhammed, who confirmed the report, said it would have been a tragedy if his men were not at alert when they fell into the ambush.

He said; “It is not a case of gunning down the kidnappers, the police officers were ambushed but our men were at alert and responded quickly and swiftly and killed four of the kidnappers in the course of the attack while others escaped with gunshot injuries.

“Our men were at alert otherwise it would have been a different story on our part.”

In another incident, two commercial motor cycle riders have been robbed and killed in parts of Etsako West local government area of the State.

The latest of the incidents occurred in the early hours of Wednesday in Auchi, the administrative headquarters of the local government area.

He said; “They killed another one today (Wednesday). He is an Hausa boy and he just bought the new Okada about two weeks ago. He was attacked near old Prison Quarters near NYSC secretariat area, and went away with his bike.

“The other one happened on Monday and his is Jatto William from Otuo. That one happened along Winners Road, by Powerline, in Sabo Quarters. He just bought the okada less than five days.”