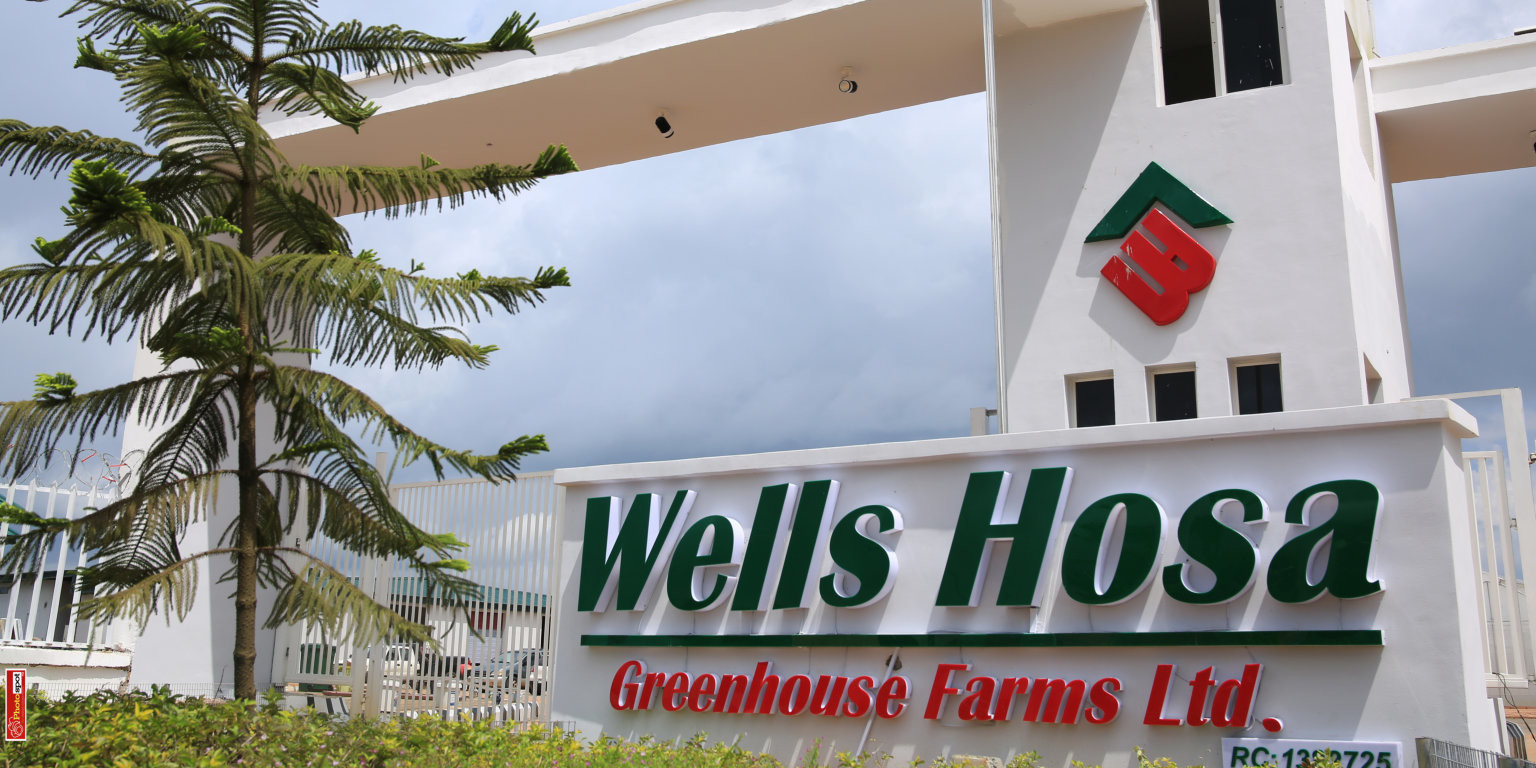 The United States (US) is the third most populous country on earth after China and India with an estimated population of 329,784,700 as of October 8, 2019, according to United Nations’ data. In land area, the North American behemoth covers a kingly 9.834 million km² – over ten times the size of Nigeria and almost double the latter’s population.

Agriculture is a major industry in the US, which is a net exporter of food. As of the 2007 census of agriculture, there were 2.2 million farms, covering an area of 922 million acres (3,730,000 km2), an average of 418 acres (169 hectares) per farm. It’s then not surprising that the rise in agricultural productivity has long been chronicled as the single most important source of economic growth in the U.S. farm sector.

It is against this backdrop that the import of the recent expression of interest and readiness by the United States Government to partner Wells Hosa Greenhouse Farms to increase food production in the country, using Greenhouse technology, can be best appreciated.

Wells Hosa Greenhouse Farms Ltd, located in Edo State, is the first successful commercial indigenously-owned greenhouse farm in Nigeria. It is a high-tech hydroponic greenhouse project of 5,440m2 each located on the Benin City bypass on a 27 hectare land and is showing the way for all-year-round farming in Nigeria.

The farm currently grows different varieties of fruits and vegetables, which include Roma, Cherry and Beef Tomatoes, Bell Peppers, Habanero Peppers and Cucumbers. Hydroponic technology is a method of growing plants in a controlled environment using mineral nutrient solutions in water without any soil. The Soil is replaced with a substrate which gives the plant a sterile environment to thrive. It incorporates various systems integrated by computerized irrigation, fertilization and pest control to obtain optimal plant growth and a higher yield as compared with traditional open field methods of production.

Little wonder the US Consular General to Nigeria, Claire Pierangelo, who spoke a forthnight ago when she led a delegation to visit the Wells Hosa Greenhouse farms in Bénin City, aptly described the project as unique, special and revolutionary.

According to a clearly-impressed Pierangelo, who inspected the Greenhouse farms, Managing Director Bright Okunbo, would be participating in a Trade Development Agency event in the United States in a few weeks’ time. Sharing an insight often echoed by the United Nations’ Food and Agriculture Organisation (UNFAO), she said that it was possible in Nigeria to increase food production using technology and education.

Her words: “We are happy to come to Wells Hosa Greenhouse farm today to see state-of-the-art greenhouse operation. This is something unique, and special and revolutionary in Nigeria. Next month, Wells Hosa will be participating in a US Trade Development Agency. He will visit four states in the US to look at the way we’re doing business, to develop new partnership and offer new products.

On his part, Okunbo said they were pioneers of greenhouse technology farming in the country that began production in 2018, stating that his visit to the US is to see how they could get the right technology and partners so that they could improve on what they were already doing in Nigeria.

According to him, “We want to improve on what we have, to see how we can expand this greenhouse and spread it all over the country. That is the goal; that is the mission we hope to achieve. This is because food security is very important. We have been able to use technology and agriculture to produce tomatoes and pepper here in Edo State.”

The potential benefits of the US-Wells Hosa Greenhouse Farms’ strategic partnership are clearly many and varied and would also have a salutary effect on the current administration’s agricultural policy footing. Further, it’s no secret that the agricultural sector plays a strategic role in the process of economic development of a country. It has already made a significant contribution to the economic prosperity of advanced countries and its role in the economic development of less-developed countries is of vital importance.

At a period in the nation’s history when national security is on the front burner, many forget that food security is a crucial aspect of national security. And just as the rise in agricultural productivity has long been chronicled as the single most important source of economic growth in the U.S. farm sector, the same could be replicated in Nigeria when such genuine partnerships in the offing come to fruition.

The slow changing demographic character of the agricultural labour force in the South, and Nigeria at large, could be accelerated and could sharply benefit from attractive innovations and funding such a partnership could shape.

Hydroponic farming is environmentally non-disruptive. Organic agriculture considers the medium – and long-term effect of agricultural interventions on the agro-ecosystem. It aims to produce food while establishing an ecological balance to prevent soil fertility or pest problems.

As a big capacity food and processed farm products exporter, the experience and knowledge-driven deliverables from the US government initiated partnership would hugely benefit Wells Hosa Greenhouse Farms Ltd and Nigeria at large.

With the impulses of new nationalism sweeping Europe and North America, considerable emergent employment opportunities, a consequence of massive expansion of  Wells Hosa Greenhouse Farms production capacity will serve to profitably engage the energy of the nation’s youth and stem the often suicidal migrations for job opportunities via the treacherous deserts and deadly Mediterranean Sea.

Good a thing, the US Consular General to Nigeria, Claire Pierangelo said it all during her visit to  the Wells Hosa Greenhouse farms in Benin City – investment in Nigeria is the best way to go.

Race to 2023: Can a Nigerian woman become president? – By Bamikole Omishore

Going beyond politics and politicking to service: The Clem Agba exemplar – By Sufuyan Ojeifo