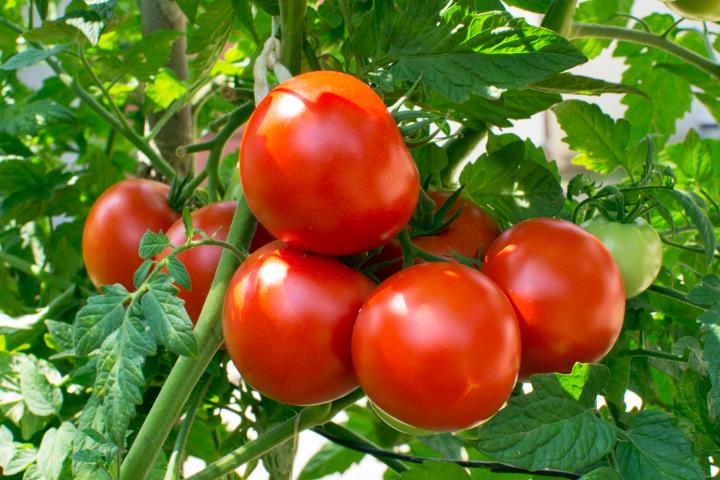 The Green House Nursery is acclaimed to be the biggest in Africa with world-class technology.

Speaking to journalists at the expansive Dangote Farms Limited located at Kadawa, Kano, along Kano-Kaduna Express Way, the Managing-Director of the Farm, Mr. Abdulkarim Lawal Kaita, said that the Green House Nursery will facilitate increased production of high quality seedlings which would be rolled out to tomatoes farmers for massive production of fresh tomatoes.

He said the Dangote Tomato Processing Plant has been designed to enhance  both the production of fresh tomatoes and locally made tomato paste in the country.

The company is also expected to reduce unemployment level when fully in operation.

According to him, for the Federal Government to sustain the new quest for consumption of locally made farm produce for exportation, there was the need to place a total of on the importation of fresh and processed tomatoes, as the company has the capacity to produce for both domestic consumption and exportation.

Kaita said the company’s new investment in production of fresh and processed tomatoes  is capable of stopping the over $350 million the Federal  Government is spending annually on the importation of processed tomatoes.
He stated that, Nigeria consumes 2.3 million tons of tomatoes paste, “but we have the capacity to produce 8 million tons annually, exceeding local consumption.  You can now imagine how much the country can make on foreign exchange.”

He added that the farm which is fully automated is the largest and first of its kind in West Africa, pointing out that  the Farm is expected to enhance the economy of the local tomato farmers, as the technology is expected to increase their harvest from the current 10 tons per acre to as much as 40 tons per acre.

According to him, “the management of the Dangote Tomatoes Processing Limited which is a subsidiary of Dangote Farms is excited to reveal the tremendous effort that we are making to ensure that Nigeria becomes self –sufficient in tomato production.

“The planting medium you are looking at is called PAT MOOSE which has the capacity of producing 350 million seedling per season that can be used to plant an estimated 12,000 hectares of tomato farm.

“We are glad to disclose that we are the first to bring this new technology into the country and this is going to fast track the yield of our tomato farmers tremendously.

“The project is being executed under the CBN Tomato Anchor-Borrowers Programme. The CBN will be paying for the seedling that we are cultivating, and it will be distributed to farmers.

“The PAT MOOSE process you are seeing takes three weeks, after which it goes to the next stage, and the whole process of growing the tomato takes just three months” he explained.

Shedding more light into the value addition which the Green House farm would provide, Kaita, noted that the introduction of the technology will put an end to post-harvest loses, as well as increase the volume of harvest of the commodity.

He further explained that the introduction of the technology would lead to expansion of production of the commodity, beyond the over 2.5 million tons current consumption demand.

According to him, “based on study under the GEMS project, from the 12 States that engage in massive tomato production, there is over 171,000 hectares of land for tomato production, and if you multiple this with the over 40 tons which the technology is capable of producing per hectare, that means we can grow our production to around 8 million tons.

“With this in the next two years, if Government effect the ban on the importation of the commodity, just as it has been done in the case of rice, Nigeria will soon become net exporter of the commodity.”

COVID-19: “We Link Up With Presidency Over Certain Measures,” Says Gov Ganduje

247ureports - January 25, 2021 0
There was tension as one person was reportedly injured, over 35 houses and market were burnt by gunmen suspected suspected to be cultists in...