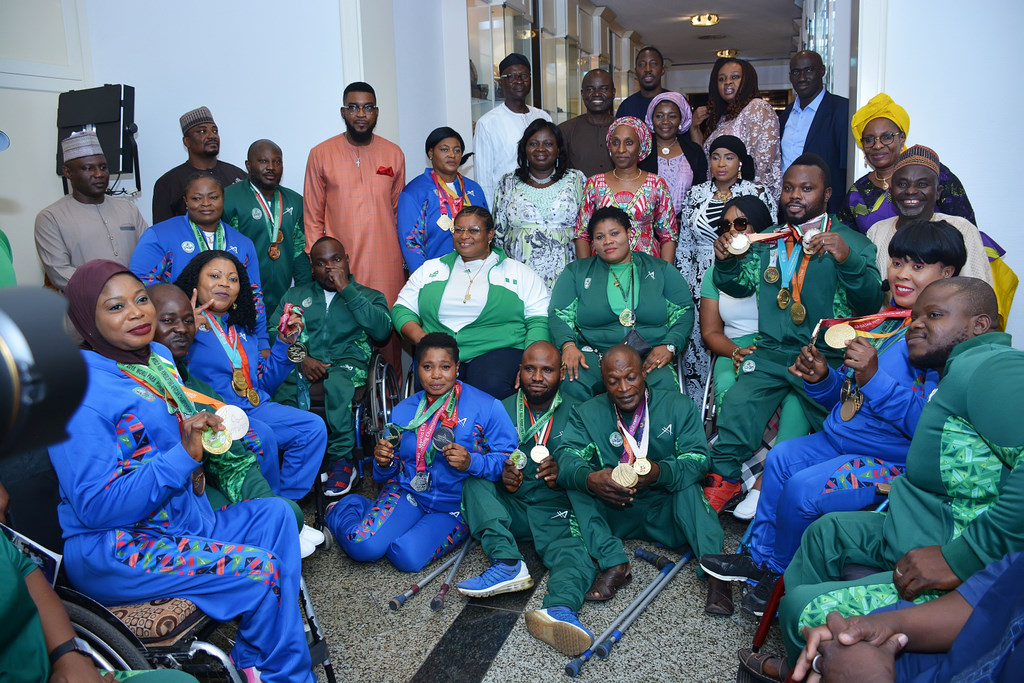 First Lady, Federal Republic of Nigeria has unveiled athletes that will compete in the 2020 world para-powerlifting world cup being hosted in Abuja, Nigeria early next year. She also unveiled the mascot and logo of the competition, at an event which held at the State House on Wednesday, 17th October, 2019.

She noted that hosting the 2020 championship will be an enormous task, with para-lifters coming from Europe, the Americas and Africa to converge in Abuja, and charged the organizers to put all hands on deck for the ultimate success of the event.

She was represented at the event by wife of the Vice President, Mrs. Dolapo Osinbajo.

Mrs. Buhari said unveiling the clothing line is a way to source revenue for retired athletes and called for patronage “so that they will not retire into poverty”.

She vowed that “as an advocate for women, children and vulnerable groups, I will continue to champion their cause with all my strength.”

“Every cloud has a silver lining, which means every challenge can be turned into a blessing, she said, provided there is will to push for that positive change.” The outing of the team over the last 5 years, she noted, has brought glory to the nation.

She expressed gratitude to the Federation for naming the event after her and giving her the privilege of being host to the championships.

Mrs. Queen Uboh. President of the Nigeria Para Power Lifting Federation, in her address said the choice of the First Lady to host the event is deliberate, knowing her commitment to the cause of the vulnerable Nigerians. She said most of the team members are also female and will get inspired by her involvement.

She said as a result of the respect which Nigeria has in the world of para-lifting, Nigeria has secured approval to host the global event for the next three years, saying Nigeria will be in the eye of the world and will benefit as a result.

She called on Nigerians to support the clothing line initiative which will usher in a new phase of life for retired athletes.

Others who spoke at the event were the Competition Manager, International Para Powerlifting Federation, Mr. Sam Munkley, who voiced the respect Nigeria has earned over the years due to the number of medals being won. He said this necessitated the approval for hosting rights for three years. 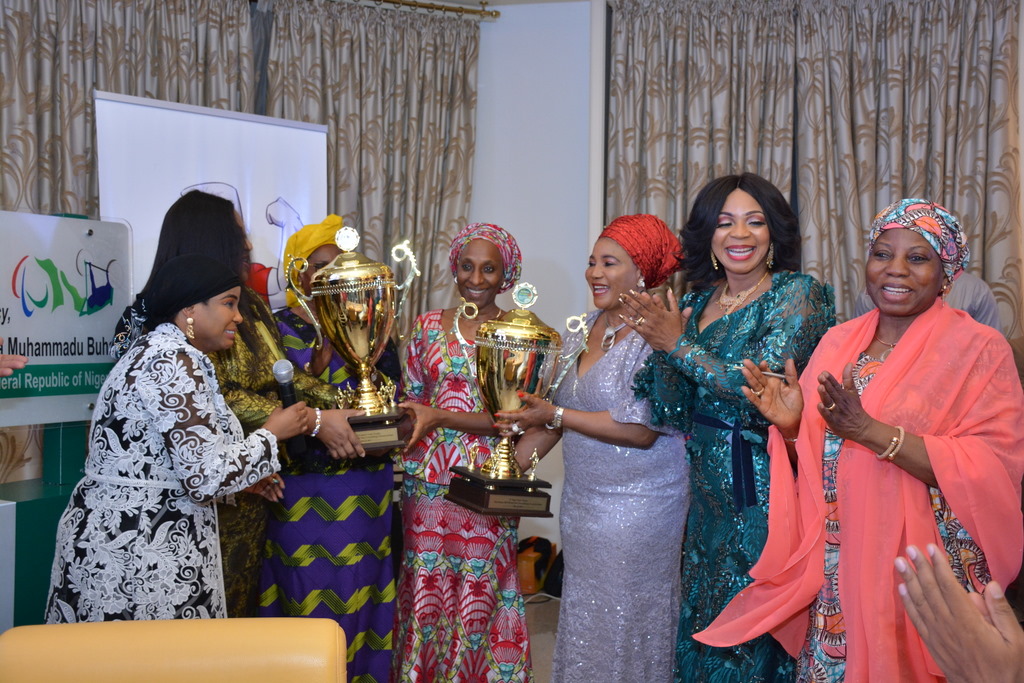