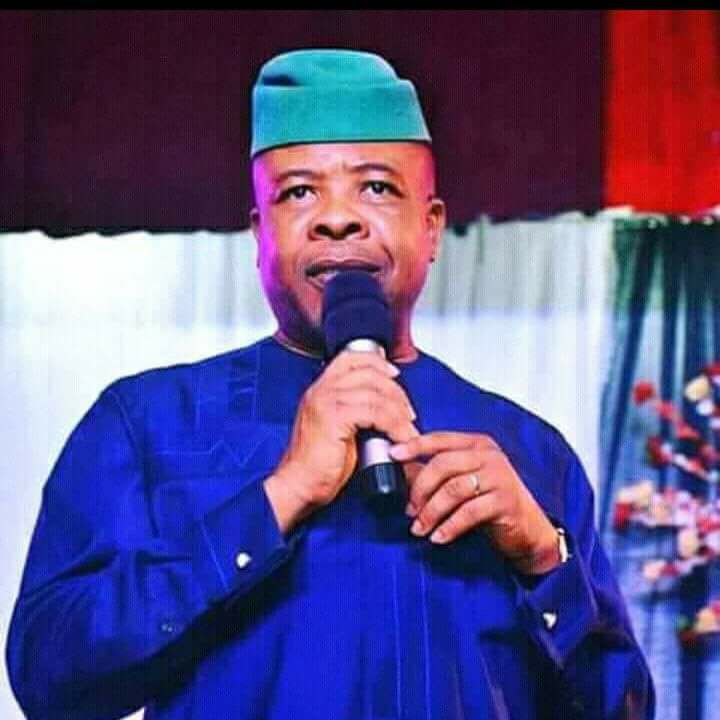 According to a popular maxim “to whom much is given much is expected” without mincing words, much is expected from the current Imo State Governor, Rt Hon Emeka Ihedioha,  before 2019 general election it was crystal clear that the state was in dear search of a disciplined governor who understands the operational dynamics of administration, a governor who will obey, rule of law and due process. Above all, the people were desirous of a Messiah-kind of governor who will deliver them from perceived bondage and wipe away their tears; a well-organized leader with sincerity of purpose was their earnest expectation.

Base on empirical evidence, Imo people appeared to be at cross-roads during the  second tenure of Owelle Okorocha, with strong believe that his regime derailed from Rescue Mission to Reckless Mission. The people described him as a detector and lamented badly about what they described as harsh policies and programs. Aside his reckless urban renewal program, which mercilessly destroyed people’s property without compensation, none payment of pensioners, land grabbing with impunity, none payment of full workers’ salaries and none payment of contractors were the order of the day, contractors were used and dumped like tissue paper or sanitary. Then Rescue Mission committed a lot of administrative blunder, abused and bastardized governance and allegedly spent outside budget. A lot went wrong and continued until the side effects became unbearable and it finally led to provocation and total rejection.  When his anointed son(inlaw) surfaced the people revolted against what they described as third term agenda of a Reckless Regime to continuous keep them in bondage.

Interestingly, when Rt Hon. Ihedioha came up with his Rebuild Imo Project, Imo people believed the message and the messenger, simply because as a federal law maker emeritus, who spent twelve years at the Green Chambers, from Chief Whip, he later rose to an enviable height of Deputy Speaker, Nigerian Federal House of Representatives. It is a well-known fact that the legislature checkmates the executive.  As an experienced legislator who had played the role of a watch dog to the executive, with his network of friends, connections and wealth of experience, Imo people expected him to hit the ground running, may be at the speed of light, which some appeared not to be satisfactory with what they have seen so far.

With the outcome of 2019 Imo Governorship election it may not be wrong to say that the  masses passed absolute vote of no confidence  on then Rescue Mission Regime. Unfortunately; the impression in the public domain is that nothing is happening or there is nothing to show forth, this impression is rapidly sinking down the memory lane of the common man on the streets of Imo State and that is how it starts before you know what is happening, the resultant effect of the impression will be become too difficult to erase. Now is the time to watch it and work on it.

Keen observation has shown that the people expected the 6th democratically elected governor of Imo state to perform far above what they think or imagine, not because of the power of Holy spirit that works in him, but according to his status, capacity and wealth of experience in governance at federal level as a former Deputy Speaker House of Representatives as well as a national player in Nigerian politics. Those who are condemning him instead of commending him, have forgotten that sanity, due process and rule of law have returned in governance, again nobody is grabbing land with impunity and tenders board is working.  Let us not forget that he promised to obey rule of law and observe due process, this is a man who promised to adhere strictly to the principles of separation of powers, his take off was  not smooth, but in his capacity and wealth of experience he has taken silent but giant steps to smoothen the road. Investigation revealed that the projects Rebuild Imo regime wants to execute, have painstakingly gone through the path of due process from design, to procurement and it requires time.

Without sentiments, those who don’t understand the operational principles and processes of governance, expected him to apply Okorocha’s impressionistic style of block-work-projects at major and strategic places in the state, where passers-by will see it and believe that he is working are already disappointed.  Their views are classical indication of how Okorocha’s modus operandi of block- work achievements badly affected the people’s sense of reasoning on issues concerning governance.

It is noteworthy to point out that there is a clear cut difference between one who believes that what is what doing is what doing well and one who believes in cut and join for impressionistic performance. There is a clear difference between a man who is operating on a pedestrian of sanity and decorum and a man who operated on the pedestrian of insanity and recklessness. Those who said they have not seen anything yet, truly, underestimates the level of damage done by reckless mission of iberirberism, who testified that he is in hurry to deliver but in the end he destroyed the state in a hurry.

Judging from a perceived general impression in public domain, what Imo people need is productivity and not activity.  Finally, as the governor moves on to enjoy four years of his first tenure, he should bear it in mind that how he handled the burden of over expectation before the end of his first tenure by 2023 will determine if he will receive condemnation for living below expectations or commendation for living up to expectations, only time and season will tell.