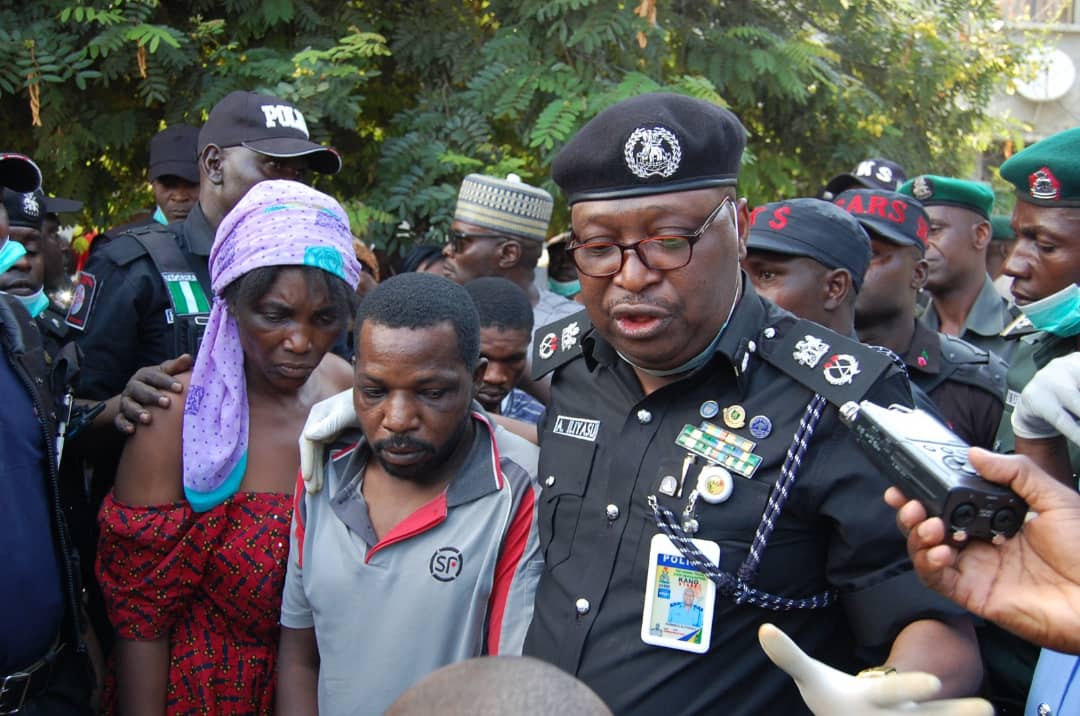 The Kano state chapter of the Christian Association of Nigeria (CAN) on Friday strongly condemned the kidnapping and trafficking of nine Kano children to Onitsha, Anambra state.

The Christian body also disassociated itself from such dastardly act and commended security agents for apprehending the culprits.

According to a statement signed by Kano CAN chairman, Rev. Areyemo A. Samuel, “Kano state chapter of CAN received with utter shock the news of the kidnapping of the 9 Kano children that was rescued by our gallant Kano Police Force from Anambra State.

“We condemn the Kidnapping of these children in strong terms. We, hereby, state categorically that CAN does not know these criminal elements and they do not have any relationship with CAN.

“They are individuals with depraved minds and who have sold themselves to the do evil. CAN does not in any way support criminal act of any sort by any one or group of persons, hence we state clearly that the security agents should investigate deeply so as to know their accomplices whoever they may be and have all of them arrested and prosecuted without any delay and let the full wrath of the law take its course on them.”

The statement further stated that, “we further state that although they may be bearing names of Christians but this their actions has no any religious undertone or backing, hence it should not be associated with the Christian faith and CAN as no Church or CAN ever encouraged such evil acts in all our tenets. We take complete exception to this attitude and acts of these criminals.

“We specially call on the good people of Kano State not to in any way allow this action of these minute individuals to rob and impact negatively on the good CORDIAL and harmonious relationship that had been built over the years and is existing between all religion and ethnic people in Kano State.

“We specifically and specially acknowledged the committed effort of our Amiable Governor of Kano State DR ABDULLAHI UMAR GANDUJE OFR in ensuring Kano state is a secured state and a safe haven that everyone irrespective of tribe and religion will continue to live in peace and go about their normal lawful businesses.

“It must also be mentioned that His Excellency’s commitment to a peaceful and secured Kano State had ensured there was no reprisal attacks by anyone and on anyone.

“Furthermore we in a special way acknowledged the laudable efforts of the Kano Police Force under the leadership of our proactive Police Commissioner CP AHMED ILIYASU and his  gallant force who went all out to ensure the rescue of these innocent children from their abductors.

“We in same vein commend all other security agencies in their collaborative synergy to ensure Kano is not a hide out for criminals and is totally rid of criminal elements and fully secured.

‘In the same vein CAN recognizes and appreciates the fatherly roles and efforts of the Kano State Emirate Councils in ensuring continuous peace in all their domains inspite of the evil actions of these criminal elements.”

The CAN chairman prayed God to continue to secure Kano state and called on Christians in the state to remain law abiding and desist from actions that do not bring glory to God and joy to humanity.