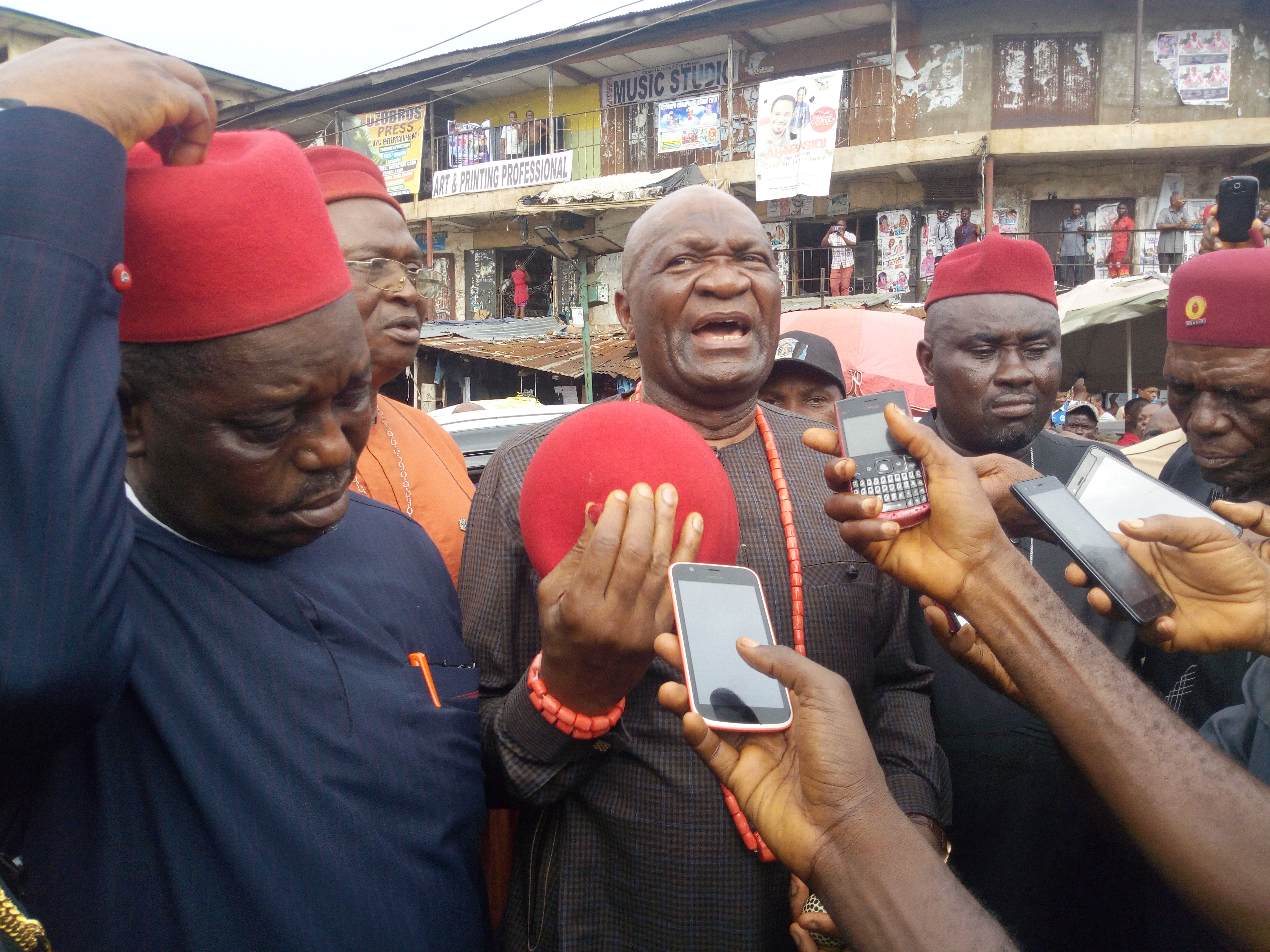 The President of Ohaneze Ndigbo, Chief John Nwodo, has called on relevant agencies to help quench the fire still burning at a section of Ochanja Market, Onitsha.

Nwodo, a former Information Minister, made the call when he led other chieftains of Ohaneze on a sympathy visit to the leadership of Ochanja Market Traders in Onitsha on Friday.

Said he: “I came here to condole with the leadership of Ochanja over the death of some traders after last Wednesday’s fire disaster and to sympathise with those whose shops were affected.

“But, seeing that the fire is still burning up till this 2.30pm that I am here is very sad and I am so much pained,” he said.

Nwodo who called on the state government and other relevant agencies to step up action towards quenching the fire said the situation might still lead to more disaster.

He appealed to the federal and state governments as well as corporate bodies and privileged Nigerians to come to the aid of the victims.

Nwodo equally advised the leadership of the market and the victims to patiently follow state government’s directives on the matter.

“What happened is very regrettable, it is a disaster and anybody could be caught in the web so those affected must take things calmly,” he said.

News Agency of Nigeria (NAN) reports that flames of fire were still bellowing at No.54 Amobi street, Ochanja, housing the Angel Plaza, between 2.30pm and 3.30pm when Nwodo visited.