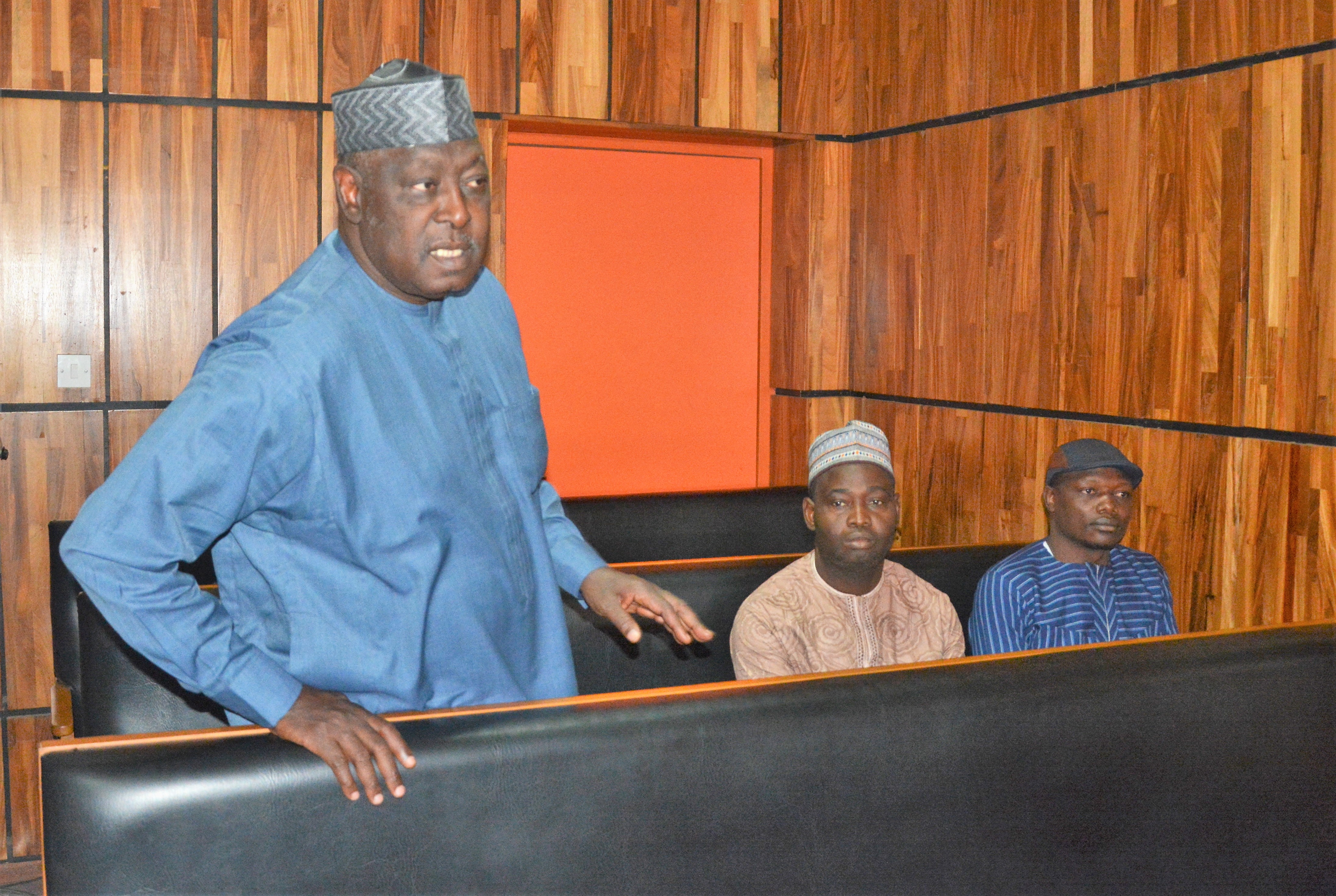 Justice Jude Okeke of the Federal Capital Territory (FCT) High Court on Tuesday, September 24, 2019, fixed October 16, 2019 for ruling on an objection, raised by the defence team of Babachir Lawal on the admissibility of electronic evidences, comprising compact disc, print out from the disc and the digital forensic laboratory report, which connect the former Secretary to the Government of the Federation to Josmon Technologies, a company which is standing trial with him as defendant.

The items and the forensic report were presented by the second prosecution witness, Fatima Asabe Umar, a certified access data examiner with the Economic and Financial Crimes Commission, EFCC.

Lawal, the first defendant and his younger brother Hamidu David Lawal, Suleiman Abubakar, Apeh John alongside two companies Rholavision Engineering and Josmon Technologies are facing prosecution by the Economic and Financial Crimes Commission on a 10-count amended charge, bordering on fraud, diversion of funds and criminal conspiracy to the tune of over N500 million (Five Hundred Million Naira).

The defence had raised objection to a compact disc alongside the print out from the disc which shows how information linking Babachir to Josmon Technologies was extracted from the iphone of one Mr Gulani, using a cellebrite camera and and burnt into a disc

Offem Uket, the prosecution counsel, while responding to the objection observed that “What governs admissibility of a statement contained in a document, produced by computer such as a disc and its print out is Section 84 of the Evidence Act.” He clarified that electronic records such as a disc has to be tendered in the form of a print out which the prosecution did.

On whether the prosecution should back up the electronic evidences with certificate of authentication, Uket said the prosecution was not supposed to produce such certificate since Asabe, the prosecution witness has testified orally on what she did as a forensic expert, especially as she mentioned the equipment and devices he used in extracting imessages from the iPhone, as well as having described the condition of the iPhone as being in a ‘perfect working condition.’ Given the good condition of the print out and the disc, Uket said it was no longer necessary for the witness to produce a certification.

The prosecution counsel further pointed out that Section 84 (20) of the Evidence Act provides two methods, which are by oral evidence or by certification of authentication, arguing that the report was meant to be admissible in evidence and does not need to be certified under the Evidence Act. As a public document, he said it is original and does not need any certificate to authenticate it.

Uket urged the court to admit the documents in evidence as the discs and its print out constitute primary evidence which make them admissible under Section 84(2) of the Evidence Act. On his part, defence counsel to Babachir Lawal, Chief Akin Olujimi SAN told the court that there was no evidence before the court that the print out served on the defence was from the disc tendered, saying that all he knew was that the witness extracted the evidence from the iPhone and burnt it into a disc due to the huge volume of the material.

The defence counsel further stated that the forensic laboratory report did not have independent life of its own, but tied to the document which was generated by the computer and therefore, must satisfy the requirements of Section 84 of the Evidence Act before being admitted in evidence. He urged the court to uphold the objection of the defence and reject all documents.

Justice Okeke adjourned the matter to October 16 and 17, 2019 for ruling and continuation of trial.