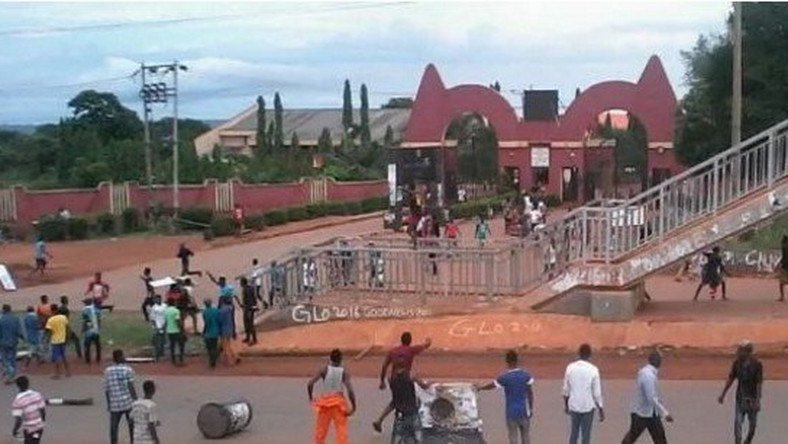 Palpable fear and anxiety have gripped staff and students of Auchi Polytechnic, Auchi, Edo State, as dangerous snakes have allegedly taken over the lnstitution.

Students, canteen operators and other members of staff who work or reside on the campuses of the federal tertiary Institution, have reportedly sighted the dangerous and poisonous visitors now lay ambush in the ceilings in offices, hostels, bathrooms and other places.

It was gathered that tick darkness occasioned by power outage worsens the situation, making it difficult for the hapless students to see the lurking​ snakes.

The students who described the situation as worrisome, called on the management of the Institution to fumigate the entire campuses, to forestall a possible attack on the students.

It was gathered that a female students who was bathing, narrowly escaped being bitten when a snake suddenly dropped from the ceiling of the bathroom. It was said that she had to run out of the bathroom naked.

A student who spoke on condition of anonymity, said they now live in their hostels in constant fear and anxiety.

“We now live in fear over the recent discovery of snakes in the hostels​.

“We now live in fear in this hostel. Snakes were found and killed yesterday in one of the girls hostels. Snakes are now everywhere and nothing is being done about it.

“Somebody was bathing and a snake almost fell on her. She ran out naked, she was very lucky.

“Snakes are just everywhere as you see this hostel, even in the portals, offices, snakes have taken over, we are just confused. They will not give us light to see or read despite the fact that some of us are writing exams.

“We are begging the school management to come to our aid and fumigate everywhere so we can be peaceful,” she said.

The Public Relations Officer of the Polytechnic, Mr. Mustapha Osahiobugie, denied the alleged invasion of reptile in the Institution.

He disclosed that two giant generators are set aside for the students to ensure adequate power supply in their hostels.

“Whether there is BEDC power or not, we have two giant generators set aside for students alone so that they can have adequate power supply.

“Our hostel building is two storeys. We do spot check every week and non of our ceilings is compromised​. The roofs are well covered, so, how will a snake now fall from the ceiling?

“On the environment as it relates to sanitation, the horticulture staff are fully in charge, but I will inform them right away to go and check the sports complex and every area concerned,” he added.