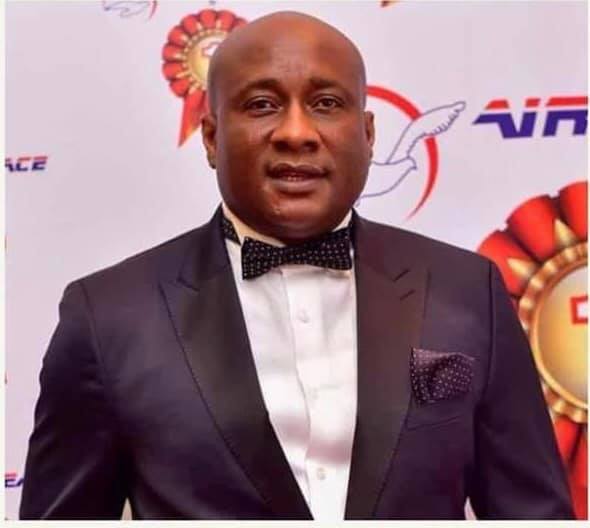 “You are Our Worthy Ambassador”, Ihiala LGA Leaders Tell Air Peace Chairman  for Free Lifting of 187 Nigerians from South Africa

The leaders and people of Ihiala Local Government Area in Anambra State have described the chairman of Air Peace, Chief Allen Onyema, as one of the greatest ambassadors of the LGA ever.

In a letter to Chief Onyema signed by the member representing the Ihiala Federal Constituency in the House of Representatives, Barrister Ifeanyi Momah; the member representing Ihiala 1 in the Anambra State House of Assembly, Barrister Chidi Udemmadu; the Transition Chairman of the LGA, Barrister Greg Okafor; and the Chairman of the Anambra South Senatorial Council of Traditional Rulers, Igwe Emmanuel Nnabuife who is also the Traditional Ruler of Isseke in Ihiala LGA, the leaders observed that Chief Onyema’s commitment to a life of public good has brought so much goodwill and honour to the people of his local government area.

“The large number of Nigerians he touches their lives daily pray for not just him but also his people”, they declared.

“We note in particular the lifting of 187 Nigerians stranded in South Africa in the face of renewed xenophobic siege free of charge last Wednesday night.

“It  is, therefore,  with immense joy that we congratulate our outstanding son, the founder and chairman of Nigeria’s biggest airline Air Peace, Chief Allen Onyema, for selflessly undertaking the unprecedented patriotic duty of bringing back free-of-charge Nigerians facing death in South Africa”.

“His love for humanity stands him out as an uncommon Nigerian leader and patriot. He is without question a farsighted entrepreneur Nigerian who has over the years been working quietly to assist all kinds of people, particularly the needy”.

They recalled that it was in recognition of his “profound commitment to the common good that all 10 towns in our local government came together four years ago to bestow on Chief Onyema the prestigious title of Ide (Pillar) of Ihiala LGA.

“He has more than lived up to the billing ever since, as he trains thousands of our people in schools in Nigeria and abroad, employs our people in massive numbers, sets up businesses for them and pays medical bills  of a good number and  assists some to build houses.

“In spite of his wealth which he uses generously for the benefit of people without regard to gender, language, religion or ethnicity, Chief Onyema, a successful lawyer in his own right, remains humble and easily approachable.

“He socialises with the mighty and the downtrodden, dining with the poor and dancing with villagers at local meetings. He participates actively in local functions where he frequently admonishes the young never to give up despite the vicissitudes of life.

“It is common to see our dear Ide at the airports personally attending to customers, selling tickets to them and carrying their luggage.

“Even on the aircraft, he often stays quietly in the economy class”.

The Ihiala LGA leaders recalled the powerful emotions which overwhelmed the Air Peace founder when he met the 187 Nigerians who escaped from xenophobic attacks on landing at Murtala Muhammed Airport in Lagos on Wednesday.

According to Chief Onyema, “I wept when Nigerians sang the National Anthem on their return from South Africa. I put together over N280 million in order to bring these people back.

“Air Peace decided to bring them free of charge. Nobody paid us a dime, we decided to do it free of charge for our country and for our people. When I stepped inside the aircraft to welcome them, they mobbed me and started singing the Nigerian national anthem. There was nobody there singing about separation. They felt proud to be Nigerians. They rose in unison. That drew tears from me.”

Calling Chief Onyema a pan-Nigerian pathfinder, the Ihiala LGA leaders asked other wealthy Nigerians to learn the virtues of solidarity and selflessness from the Air Peace chairman.

They added: “We would like to use this opportunity to ally ourselves with the Governor of Anambra State, Chief Willie Obiano, who has been calling on the Federal Government to make Air Peace the Nigerian national flag carrier. With some 40 aircraft in only five years, the airline has earned its place in history”.