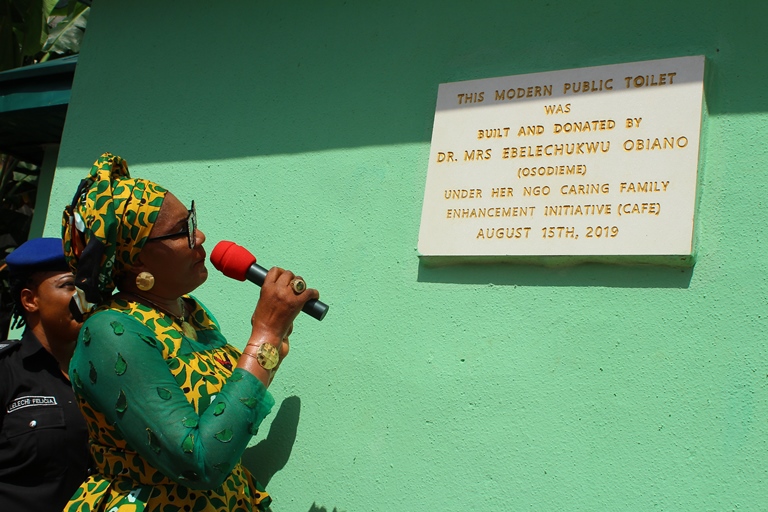 Igwe Kenneth Orizu,  noted that Osodieme has become synonymous with acts of charity. According to the monarch, ” I have heard good stories how you are helping the less privileged and I am here to thank you for this good facility you built for my people.”

Earlier Osodieme told the Igwe that she came on courtesy visit  to intimate him of her mission on Local Government tour and to fulfill promise to market women in Otolo Nnewi by building a rest room that would ensure that their dignity is preserved and the environment is clean. She thanked the monarch and called on him to commission the project.

Speaking further, Osodieme decried the practise of open defecation in this modern era and urged everyone to ensure it is stopped. She also called on the market women and men to make good use of the public toilet and water facility built free for them. 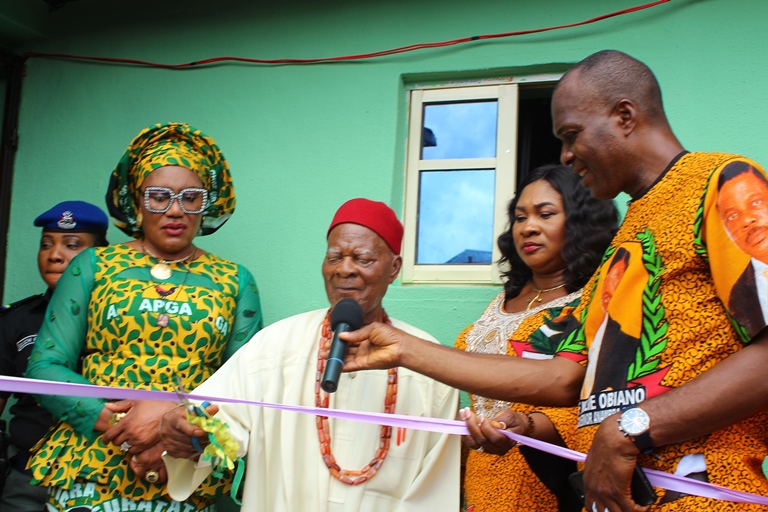