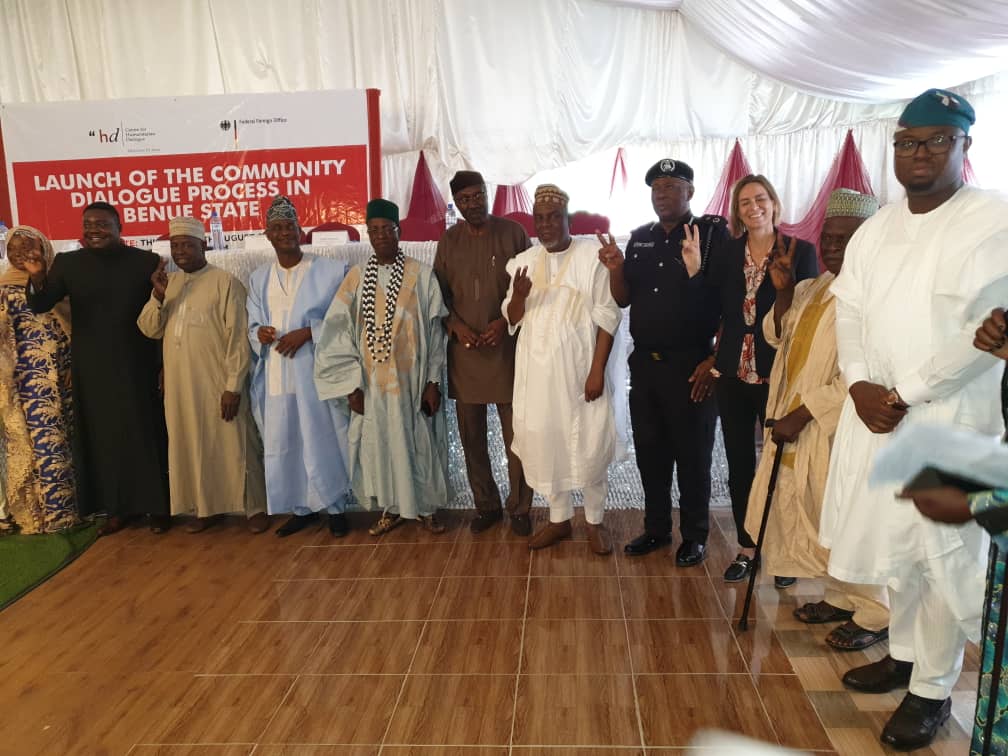 Worried by continuous crisis between Farmers and herders in Benues state, Centre for Humanitarian Dialogue (HD) has charged all stakeholders, especially those in troubled communities, to support all peace processes aimed at resolving the crisis.

The Country Director for HD, Dr Babatunde Afolabi gave the charge in Makurdi during the launched of “Peace Mediation Process between farmers and pastoralist communities in Benue state, a product of behind-the-scene shuttle diplomacy efforts, consultations and pre-mediation preparations

Centre for Humanitarian Dialogue (HD) is a Swiss-based diplomacy organization founded on the principles of humanity, impartiality and independence with a Mission to help prevent, mitigate, and resolve armed conflict through dialogue and mediation.

The HD Country boss said the programme was part of HD’s overarching strategy towards addressing the endemic farmer-herder conflicts which have had devastating impact on the country, especially in the seven frontline states of Adamawa, Benue, Kaduna, Nasawara, Plateau, Taraba and Zamfara.

According to him, the effects of the farmer-herder violence is such that the fatalities recorded from the clashes outnumber those of the ongoing devastating insurgency in the North East.

He revealed that estimates reveal that Nigeria loses about USD 14 Billion per annum to farmer-herder clashes and espressed fear that “Looking at the food security dimension, if the farmer-herder crisis worsens, the devastating effects of our country is better imagined than experienced”.

He also, regretred that the farmer-herder crisis has further worsened the prevailing security issues such as the proliferation of small and light weapons, increased crime rate, rape, criminal destruction of livelihoods, cattle rustling, drug abuse, arson, as well as kidnapping.

He therefore called on Benue stakehokders to key into the peace process assuring that HD is fully committed to helping communities in Benue arrive at a lasting solution to the farmer-herder problem.

“We will henceforth be conducting series of dialogue sessions with the representatives of the various communities and we will work towards achieving a lasting, inclusive and overarching process that will stand the test of time and foster peaceful, symbiotic and cooperative coexistence between the various communities.

He thanked the governments of Germany and Norway for their wonderful support to HD over the years and to Governors of Benue and  Plateau states, as well as all stakeholders and urged all hands on deck for a lasting peace in the state.

Commissioner of police in the state, CP Mukaddas Garba told the gathering that his men have been overstretched as a result of prolonged violent crisis and other criminal acts in the state and appealed to communities present to continue to engage their youths on the need to depart from all vices and toll a path that will add value to their lives and bring peace to the society

Also speaking, Tor Kwande, Chief Ambrose Pine lamented that the general instability in the country has heightened with the herders- farmers clashes and insisted that authorities must differentiate Fulanis who are Nigerians and those who are coming from other parts of West Africa.

Tor Pine who stated that the entire traditional council in Benue is commited to peace said “We need to make these distinctions because the new class of herdsmen we see these days come with weapons and AK-47. This is strange, horrible, it is terriible.”

He thanked HD for the programme and appealed to communities involved to support the programme to achieve set goals by making comments that reflect peace just as he appealed to the Gederal Government to fulfill its promises to the state to enable IDPs return home.

Secretary of MACBAN in Benue, Shehu Ibrahim told all stakeholders that his members are ready to embrace peace and thanked HD for the initiative. 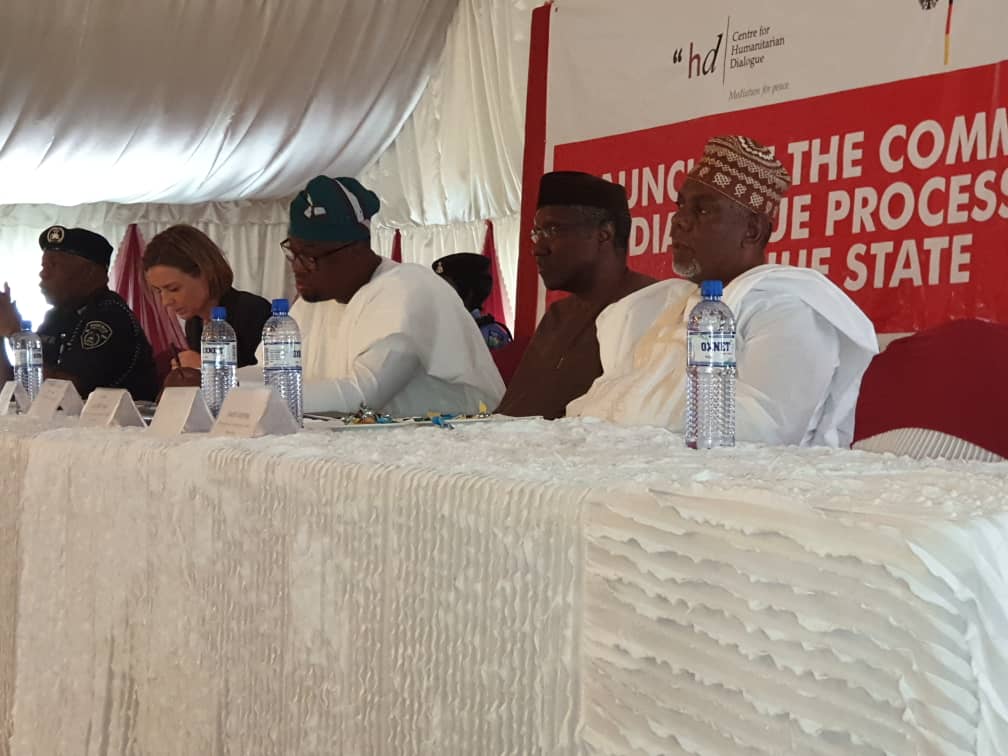