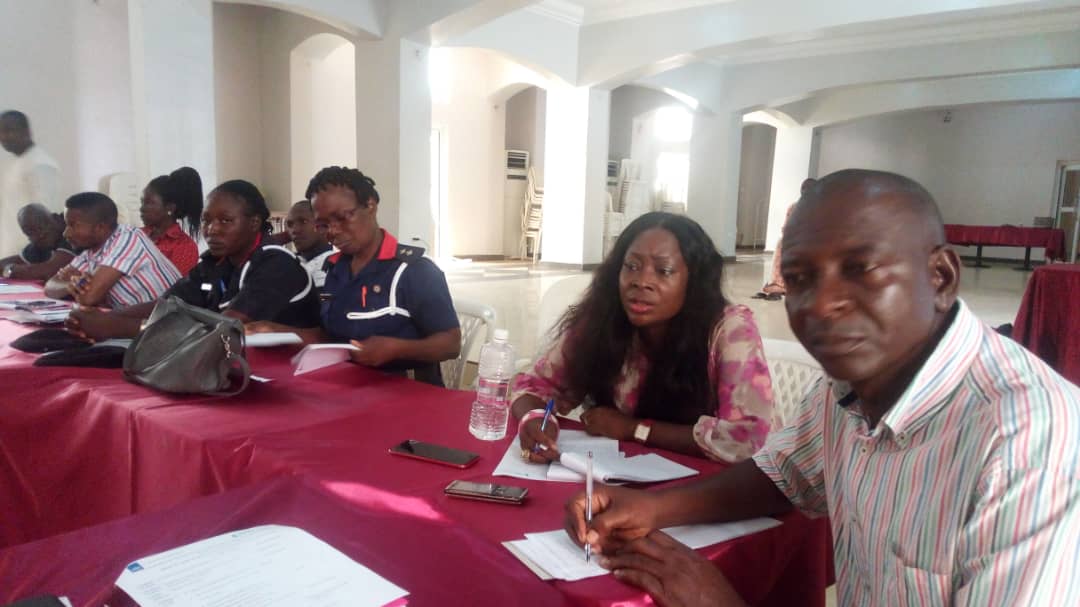 Benue stakeholders under the umbrella of Peace Architecture Dialogue, PAD, have set plans in motion to call for the set up of a Peace Agency or Commission to help tackles issues affecting peace in the state.

The forum of stakeholders, put together by Search for Common Ground, an international Non-Governmental Organization, NGO, working for peace in Nigeria’s Middle Belt, made the moves during its fifth PAD meeting in Makurdi, the Benue state capital.

The meeting observed that cultism, kidnapping among other security challenges were distabilizing the peace of the state hence the need for an Agency or Commission to assist government to address the numerous challenges and return peace to the state.

PAD members therefore mandated the steering committee to work out a clear distinction of a commission and an agency in other to come up with a propose name for its establishment in the state.
The legal adviser of PAD was also directed to work with the state chapter of FIDA towards enlightening the stakeholders and possibly, the public on the provisions of the state’s Open Grazing Prohibition Law in the state for deeper understanding of the law.

Earlier, welcoming members on behalf of his Country Director, Sher Nawaz, the State Project Coordinator for Search for Common Ground, Mr Joshua Chorbe explained that PAD was an initiative of the organization, aimed at bringing influencial focal state actors and other stakeholders together to brainstorm, identify and respond to key conflict issues affecting the Benue communities.

He said the forum is however expected to profer mutually benefitting solutions to the issues for a more sustainable peace.

Speaking to newsmen after the meeting, one of the participants, and Speaker, Movement Against Fulani Occupation,, (MAFO), Rev Solomon Mfa, charged government to be truthful and honest in addressing conflicts and its attendant problems round the country. 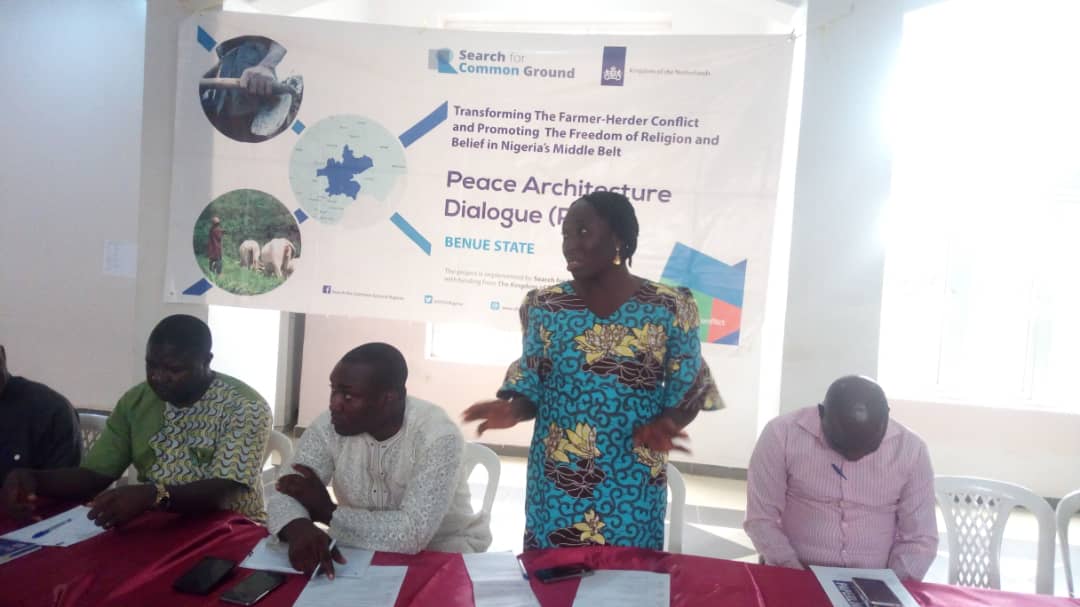 The Chairman of Ja’amatu Nasir Islam, (JNI) Alhaji Garba Baba said he wants to see a Benue where everyone will go about their business without fear or suspicion

Meanwhile, the Steering Committee chairman of PAD and Senior Special Adviser, SA, to Governor Samuel Ortom on SDGs, Dr. Magdalene Dura assured of the state government’s commitment to partner with organizations for peace in Benue.

Represented by Mrs Beatrice Shomkey, Dr Dura urged all members to take their function seriously to support the NGO’s efforts for peace in the state.