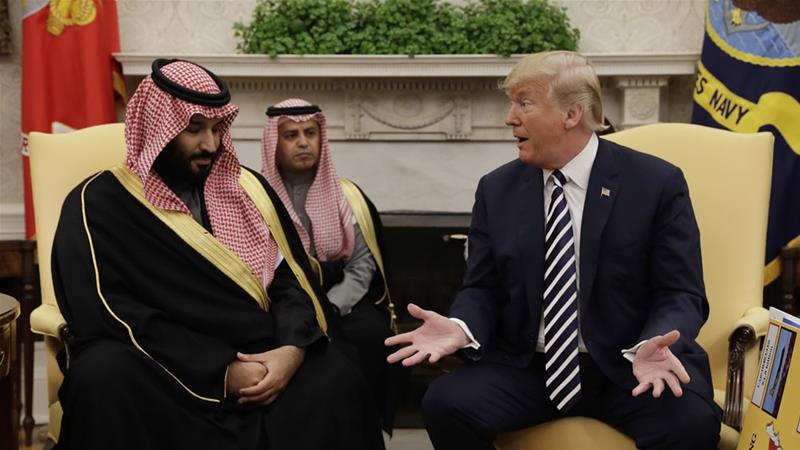 When US President Donald Trump bypassed Congress last month to approve a multibillion-dollar arms deal to Saudi Arabia, he also allowed the kingdom to develop complex precision-bomb parts, according to the New York Times.

Trump’s emergency declaration allows American arms firm Raytheon to share technology with Riyadh that could allow Saudi Arabia to develop its own laser-guided bombs, the newspaper reported on Friday.

Among the components which the Saudis are now allowed to work on with the firm are the control systems and vital electronics for Raytheon’s Paveway series of smart bombs. That technology was previously closely guarded by Washington.

The technology sharing is just one part of a sweeping arms package Trump bypassed Congress to push through by declaring a national emergency, citing tensions with Iran.

The move has infuriated politicians, including some of Trump’s staunchest allies, who were holding up the sale because of humanitarian concerns with the kingdom, including the civilian toll of the Saudi-UAE air campaign in Yemen and the murder of Saudi journalist Jamal Khashoggi.

Al Jazeera’s Kimberly Halkett, reporting from Washington, DC, said that with these new details, “there is even greater concern in the US Congress.”

Politicians “are concerned that this technology could be used by Saudi Arabia to produce a Saudi version of this American weapon.”

A bipartisan group of politicians announced on Wednesday plans to hold votes on 22 resolutions in response to Trump’s declaration.

The nearly two dozen joint resolutions of disapproval are meant to rebuke the president for his actions after Congress blocked the sales since 2018. The smart bombs component had been blocked since at least May 2018, according to the New York Times.

The resolutions planned for a vote will not block the arms sales without a veto-proof majority in both chambers of Congress and it is unclear if politicians have the necessary support. But short of that the votes will serve as a highly public confrontation with the president.

“This administration’s credibility when it comes to arms sales, human rights, and the rule of law is in tatters,” Democratic Senator Patrick Leahy said in a statement.

“By introducing resolutions of disapproval, Republicans and Democrats are standing together in support of a process of consultation that has worked well for decades, regardless of which party controls the White House,” he added.