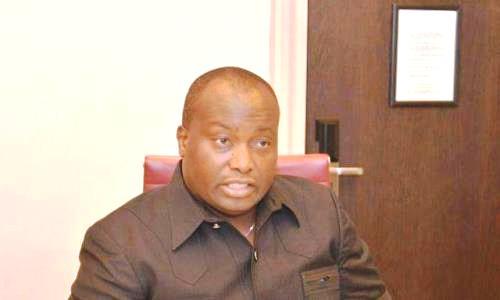 Ubah of the Young Progressives Party (YPP) made the application on a pending Election Petition Tribunal matter between him and the immediate past Senator Andy Uba of  All Progressives Congress and Chief Chris Uba of Peoples Democratic Party.

The trio are currently before the Election Petition Tribunal sitting in Awka over litigation that arose after the conduct of 2019 National Assembly Election which Ubah of the YPP was declared the winner by INEC.

A copy of Ubah’s petition signed by his counsel Messrs Onyechi Ikpeazu (SAN) and D.C. DeNwigwe was made available to the News Agency of Nigeria (NAN) on Monday in Awka.

Ubah said that Chris Uba, the petitioner, had earlier filed and served on him a motion for consolidation of EPT/AN/SEN/09/2019 filed by Sen. Andy Uba.

Ubah, who is the second respondent in the two election petitions filed by Chris Uba (PDP) and Sen. Andy Uba (APC), noted that he was surprised to hear that Andy went through the back door seeking de-consolidation of the matter.

“The issue that arises here is whether in the face of the ruling of the tribunal on the 12th of June, 2019, on consolidating the two matters is, can any of the party apply by administrative means to de-consolidation the petition?” he questioned.

Ubah, who urged the President of the Court of Appeal, Abuja to throw away the application, prayed that any of the petitioners who do not wish to proceed with the petition should adopt a proper procedure.